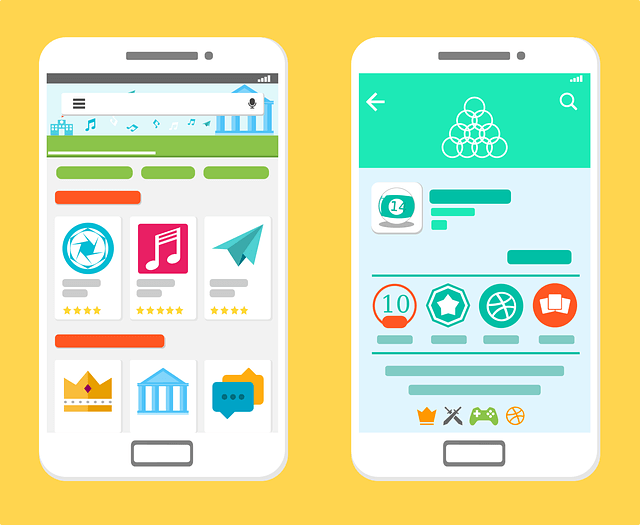 That said, multiple languages exist that can help you build an application for various platforms. Java, JavaScript, C++, and Kotlin are primarily used for Android app development, whereas Swift and Objective-C are used for iOS apps. PHP and Python are ideal for web apps and websites.

A mobile game needs to be interactive and engaging to attract users. It needs to be user-friendly with an intuitive and seamless UI for exceptional user experience. So, if you are building a game app for smartphones, you need to learn which programming language to use.

Here are a few of the top programming languages for game development that you can learn and pursue your career in the field.

Created by Google, Java is one of the best and oldest programming languages in existence, ideal for Android game development. It is versatile and can be used across multiple platforms, which makes it very convenient for developers.

Java codes usually run on JVM (Java Virtual Machine), which breaks it down into bytecodes that enable the software to run on every system. Plus, it is open-sourced and well-documented, which means Android developers have access to libraries and community support.

It supports multithreading, which uses less memory space, and ensures the app functions well with other background apps. Java is compatible with Android Studio and Android SK kit and comes with multiple APIs, including networking, database connection, utilities, and XML parsing.

Java follows the OOP methodologies and shares many similarities with C++, but as an old language, it does not offer frequent upgrades.

Read:  Java vs. Python: Which Programming Language is Best?

Python an extensive library support that makes it one of the best programming languages around the globe. It is an open-source language with an extensive online community ready to lend support.

It is a versatile programming language that follows OOP (Object-oriented Programming) techniques, much like C++ and Java. Python is easy to learn and use, plus its Pygame framework has allowed developers to prototype their games much faster than before. It’s why Python is rising the ranks as one of the best programming languages for game development.

But Android, in particular, does not support native Python development. So, if you want an Android game app, then you need tools and platforms to convert Python apps into Android packages that can run on Android OS.

Read:  Python vs Java: Which one is the Best Programming Language

The C/C++ programming language is also an oldie like Java. It has its limitations and challenges, but it’s one of the best and fastest programming languages for game development. It runs on OOP methodologies and allows control of low-level system components, which contributes to its fast running time.

It has a higher learning curve than most languages, which can make it challenging for beginners. But it is backed by an extensive collection of courses and tutorials to guide you in your programming journey.

C++ has a rich functional library, including STL – Standard Template Library. STL is a ready-to-use pool for several arithmetic operations, data structures, and algorithms. It provides developers with greater control over memory management, hardware, and graphics, which allow for exceptional game development.

Despite its challenges, the language is widely preferred for game development for its advanced capabilities, and the game engine used for coding game apps, Unreal Engine.

JavaScript is a modern web programming language used for coding almost all websites and web apps. But it is incredibly versatile and compatible with multiple platforms and devices, including iOS, Android, and desktops.

Instead of mobile-based games, JavaScript is ideal for building web-based game apps. However, Web programming languages are not entirely independent of each other, which means developers need to use them in combination to provide an exceptional user experience. JavaScript works well with HTML and CSS and can integrate with any web application.

JavaScript is preferred for front-end development and used for coding with Unity 3D. Plus, its relatively easier to learn than C++ and Java, with a wealth of tutorials and an extensive GitHub community, which contributes to its popularity for game development.

Read:  List of Most Popular JavaScript Frameworks to Learn in 2019

PHP is one of the significant back-end languages and used for back-end coding of MMORPG games like Warcraft. Its massive community support makes it easy to learn and get started when making web pages.

It comes equipped with powerful frameworks, automation testing tools, and deploying applications, as well as a debugging tool, Xdebug.

Drawbacks of PHP, however, include slow website development compared to other options, limited security, poor error handling, and more. Furthermore, JavaScript and Python are rapidly replacing PHP for most development projects. But highly qualified PHP developers are not still a necessity in the market.

Read:  Growth of PHP based Websites

HTML5 works in collaboration with JavaScript and other languages to build a multitude of online games. It is an old programming language, becoming increasingly popular for developing high-quality, web-based games.

It is a relatively simple language, which may make it seem limited for game development, but that is what makes it convenient. You don’t need knowledge and understanding of complex data structures and algorithms to use HTML5. It’s why HTML5 games are increasing in the market and why it’s becoming one of the top languages for game development.

However, keep in mind that the language may have a short learning curve, but it can be challenging to master. Once you become an expert in HTML5, you can create exceptionally sophisticated online games by integrating HTML5 with JavaScript for building the interface and WebGL for the graphical components.

Kotlin is one of the relatively new programming languages that run on Java Virtual Machine (JVM) and is much easier to learn than its predecessor, Java.

Since its release in 2011, Kotlin has gained immense preference in the world of game development because of its simplicity, security, cleaner syntax, and clarity. It is officially recommended by Google for those who don’t want to develop apps with Java. Plus, its interoperability with Java makes it easy for developers to transition from Java to Kotlin.

Kotlin can access all Java libraries and frameworks, which means it has a similar structure as its predecessor, but without the challenges and limitations of Java. Coursera, Amazon, Pinterest, Uber, Trello, and Netflix are some examples of businesses using Kotlin programming language for their apps.

Swift is a multi-purpose programming language used to create custom games for iOS and MAC devices. Much like Kotlin, Swift can be thought of as a successor for Objective-C language. It is an open-source language, built with LLVM compiler infrastructure.

Swift works well for front-end and back-end development. But what makes it different from other languages is features like type safety, pointer security, and automatic memory management.

Developers can use Apple’s SceneKit and SpriteKit to develop iOS apps, but they are limited to using Apple Hardware for their work.

Microsoft developed C# as a general-purpose programming language. It offers simplicity and flexibility in coding and is compatible with multiple platforms, making it easy to share the code for several OS, including Android, PlayStation, and Windows.

Its XNA framework from Microsoft allows developers to use the language for coding games for Windows and Xbox. But what makes it ideal for game development is that it’s integral to game engines like Unity 3D and Xamarin.

C# is an object-oriented programming language that is heavily influenced by Java and C++. But it is also unique enough to be independent. Plus, unlike Java and C++, C# is easier to learn and convenient to use. It allows developers to build diverse types of games for any architecture without hassle.

Lua is a programming language preferred for game development because of its simple syntax and structure. It’s which is easy to understand and used by modern game engines for developing high-quality games. For example, CryEngine built Farcry and Enemy Front using Lua. Other game engines using Lua include Corona, Stingray, and Defold.

Lua is a relatively old language, inspired by SOL and DEL languages, and developed in 1993. It is also known to have influenced the rise of other languages, including JavaScript, Ruby, and C++.

What makes Lua useful for game development is its compatibility with other languages, which makes it incredibly
convenient to develop games for multiple platforms.

I hope the article helped in understanding the various programming languages for game development to help you design the best interactive mobile game app for Android, iOS, or Windows.

Take your pick of the programming language, choose the platform for your app, add the best game app developer in the team, and get started!