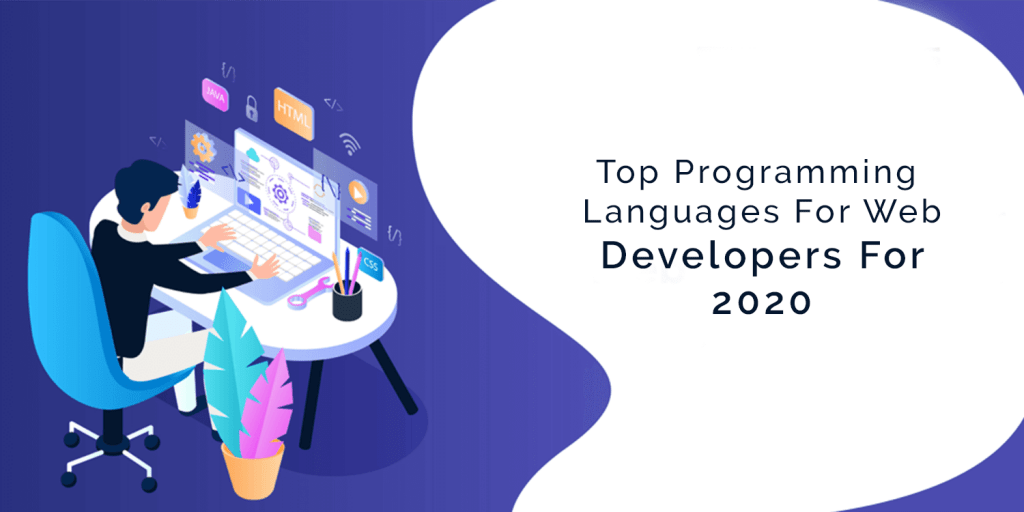 Java is an open source and cross-platform programming language that, thanks to its versatility, is suitable for virtually any project. Like most known web languages, it is object oriented, that is, it depends on its specific field of application. On the internet, there are countless frames and libraries that are generally very well documented, which facilitates the execution of web projects, even if they are very complex. In addition, programs written in Java are extensible, scalable and easy to maintain as long as the programmer who is doing the coding is an expert.

The fact that Java is, in comparison to other codes, is difficult to learn so less programmers like to learn it. As customers, this means we expect a higher price in relation to other programming languages. Thus, the web developers who dominate Java are more likely to earn relatively high incomes.

Keep Learning: Python vs Java: Which one is the Best Programming Language

The dynamic object-oriented scripting language is unrelated to Java despite its name, although both share the fact of being written in C. Netscape first developed JavaScript in 1995 with the name of LiveScript and the goal of extending HTML and CSS so that programmers could evaluate user interactions and present content dynamically.

Currently, JavaScript is not used exclusively in web browsers, but also in microcontrollers and servers. The JavaScript name was chosen based on the popularity of Java, a language that was intended to complement. It was a success: currently, the best known websites use, almost without exception, JavaScript as a client-side programming language. In addition, there are many frameworks and libraries for JavaScript.

This web programming language has dynamic writing and has no classes. This is especially evident in web browsers: you can, among other things, dynamically manipulate the content of a web page, validate a form before sending it to the server, activate dialog boxes and integrate load and download scripts. Having the ability to read and write cookies, this language allows the web developer to implement modern marketing strategies such as targeting.

Learn More: List of Most Popular JavaScript Frameworks to Learn in 2019

It is mainly used in programming web pages and dynamic web applications. PHP is considered as a web programming language suitable for inexperienced and is compatible with HTML. For these reasons, it is usually one of the first languages that future programmers learn. Most companies like to hire web developers who know PHP.

Although there are those who consider PHP to be an outdated language, many web page owners still depend on it today. Among the main advantages it offers, it includes the fact that it is a language with database support and an efficient integration with the internet protocol. It is a language with an open source license and available for free.

PHP processes the server-side code, thus avoiding interpretation by the browser, as in the case of other well-known web programming languages. Therefore, PHP is incorporated into the HTML (which does not contain status information) and causes a greater load on the server than other programming languages that only transfer the source code to a dedicated web browser. A recurring criticism of PHP is based on its weak writing and the lack of options within standardized error management, although the fact that many important web pages are still using PHP is proof of the popularity of this language.

And this is precisely the reason why this language is simple to learn and use by reliable professionals in the web development domain. Depending on your needs, you can use it to implement object-oriented, aspect-oriented or functional programming. The Python project is driven by an active community that keeps it updated and in line with industry standards through the nonprofit Python Software Foundation.

The video game industry has also discovered and uses this programming language. The same applies to scientific projects, an area in which Python enjoys great popularity, mainly because it allows the integration of most scientific databases easily and is efficient in solving empirical data collection tasks. For these reasons, Python is considered an important programming language in these fields, especially among beginners. For its critics, the speed of execution is relatively low and its methods have a somewhat cumbersome definition.

Keep Learning: Java vs. Python: Which Programming Language is Best?

Another high-level programming language is Ruby, developed by Yukihiro Matsumoto in the mid-1990s. This simple object-oriented programming language has convinced many not only to offer dynamic writing and allow reflection on objects and lists, but also thanks to its automatic garbage collector. The main distinguishing feature of Ruby is the focus he has on the object: everything is considered an object, both values and classes.

For the sake of comfort, Ruby’s syntax is flexible. For example, the use of parentheses is usually optional. This makes it a very easy-to-read language that, in many cases, seems like a markup language to the naked eye. That is why it is said that Ruby is “easy to learn, but difficult to master” Its critics call attention to the negative consequences that arise when there are typographical errors in the code: in those cases, those unexpected errors that affect runtime can end up triggering desperate problem-solving processes.

It began to develop in 1979 and was intended as an extension of C Language. We had to wait until 1985 to be made available to the public. To date, it is a very popular language. C ++ is a programming language ratified as an ISO standard (International Organization for Standardization) that is considered both low-level and efficient as complex and with high abstraction capacity. C ++ is, in general terms, easy to learn, especially since the core of the language is very comprehensive and includes approximately 60 keywords.

It is possible to group even the most complex processes into basic functions, but can be mastered by the professional developer hired for it. That is why C ++ programmers save a lot of work by being able to rely on the core language and the standard library. However, C ++ is currently one of the most widely used programming languages in the field of application and system programming. As a web programming language, C ++ is behind Java, JavaScript and C #.

The relatively young programming language C # (“C Sharp”, in its English voice), released in 2001, is considered a general purpose language. It follows a system of unified types, is object oriented and is, in general terms, multi-platform, although being a Microsoft project has been specifically designed for the .NET Framework. It is very common to find it under the name “Visual C #”, especially as an implementation. Mainly, this allows us to get a more efficient error description during code compilation, something that saves developers time.

As a web programming language, C # is mainly used in web APIs and in various web applications by top notch web development companies.

With Perl, programmers enjoy great freedom and efficiency in problem solving. Perl has been instrumental in the dissemination of the World Wide Web and continues to play an important role as a web programming language, although it is true that it is used less frequently in that sense when the proximity of the hardware (for example, with web servers) and the speed (for example, of the controllers) are relevant.

Developers who seek reliability of Apple can opt for Swift programming language. It is a futuristic programming language that was launched in the year 2014 for MacOS as well as iOS systems. It is an open source and users can use it on their GitHub (a public source code) or on the website. This is the technology that ought to be in the list of languages used by Pro web developers.

• It is easier to learn and program because of its simple syntax.
• It facilitates speedy app development.
● One can use it in Linux too, as it is not an exclusive language of iOS.

R programming language is getting all the fame because of big data, statistical modeling and analysis. This ever-evolving language is ideal for various developers and worthy as well. Chances are high that upcoming updates of R will take away its flaws. With R, one can generate high quality graphics and quality plotting.

• This language is Multi-platform and highly compatible. It works on Mac, and Windows and can be combined with other languages, such as- C, Java, C++ and Python.

• Classification, regression and carrying out other machine learning opportunities are facilitated in it.

Another name on the list is the Rust programming language. This is one of the advanced mainstream languages used for general purpose to secure, robust and efficient are some of the features of programs that Rust can write. Rust was founded by Mozilla engineers to deal with concurrency issues and for ability to catch a memory. It

• Rust is a fast and safe programming language opted by web developers.

• The Rust is based on expressions and has great communities.

Check out the list given above and find out the most suitable as well as the profitable language for your development work.