Python v/s JavaScript: Which is Better for Mobile App Development? 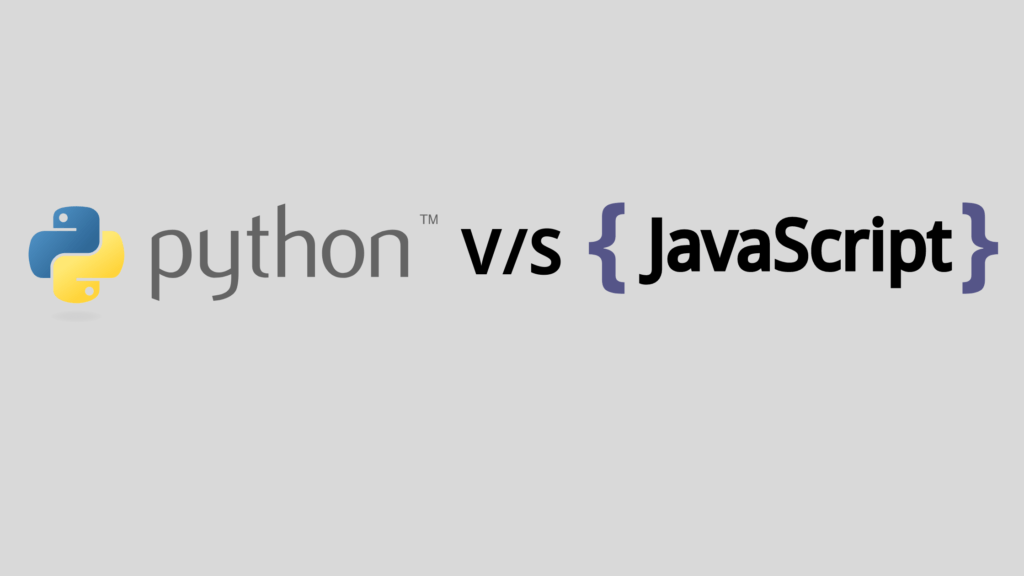 Programming Languages are more than 700 in number and many more are being created every year,
Simultaneously a lot of upgrades are taking place in each existing language.

As mobile users are increasing and the sale of Mobile devices is growing exponentially, so the need has originated for the organizations to divert their business strategy to Mobile applications. All over the globe, it has been studied that major time a user spends on mobile, is on Mobile applications; whether it is for learning, entertainment, being social or doing shopping, etc. Mobile Applications have become a major platform for organizations to connect with their target audience for maximum growth in their business.

Planning is a time taking process for any organization as return on investment is dependent on it. Here it also becomes all the more necessary to know about the programming languages, their features, how they work and which one is successful, and why.

Programming languages are used worldwide for websites and mobile application developments. It is a formal language and can also be called a Computer language.

Programming language is used to produce different types of Machine Code outputs. These languages are a set of instructions that results in programming a computer or device for a defined output. Many languages are written with the sequence of action, whereas many are only with descriptive data on how to achieve a desired output or algorithm.

It would be amazing to know that which programming language would be appropriate for a business project. The selection of the right language is crucial to get the best results in the least amount of time. So let us talk about the two most popular languages that prevail in today’s time, that is, Python and JavaScript. We would also know that these languages in which situation are best aligned with.

Python is one of the top and most successful programming languages. It is growing consistently in the last 20 years and had exceptional growth in the last 5 years. It has OSI approved open-source license, therefore it is free to use and can be distributed after modifications. Mainly it is used as a primary language for Machine Learning and
Artificial Intelligence.

It is a high-level general-purpose language, object-oriented with dynamic typing. Python is a Class bases inheritance model. The Python Package Index (PyPI) contains many third-party modules which also support interacting with other programming paradigms, that is, structured and functional programming.

Python is a Beautiful and clear programming language, it is complex but not complicated. The syntax is like English, which makes it easier in reading, understanding the code, and providing user-friendly data structures. Even the lines of code used are less to perform a task, for which coding is lengthy in C++ and Java Languages. In it the codes are executed in a synchronized order, in case of error, it stops working on its own and reports back the error which is committed.

Python can develop any Mobile application from the start. It is also said that Python simplifies the process of developing a complex mobile application also. With its simplicity and versatility, it becomes a productive language also as it helps in solving problems faster.

Java vs. Python: Which Programming Language is Best?

JavaScript is a very popular language and has been used in building many packages and frameworks. It is one of the main technologies of the World Wide Web. Web browsers have a specific engine for Javascript which converts code on a user’s device for his/her reading.

JavaScript is an open-source interpreted programming language, also known as browser’s language. It is a high-level scripting language that conforms to the ECMAScript specification. It is a prototype-based inheritance model which can also insert dynamic text into HTML. Over 97% of websites are having a client-side for webpage functionality.

Client-side makes JavaScript work fast as it runs immediately in the client-side browser and being client-side, it reduces the demand on the webserver.

JavaScript works beautifully as a standalone language and also with a variety of languages. It has a unique ability to create rich interfaces.

JavaScript has a real framework known as React Native. It is used for building native mobile applications on Android and iOS. It was created by Facebook in 2015 and has emerged in the last 5 years. React Native is well versed in the design and it has the ability to reuse the native presentation code. It is used to develop a single application, which works on both Android and iOS, with this helps in increasing productivity.

Some popular Mobile Applications which were made using JavaScript are Facebook, Netflix, Linked In, Uber, etc.

Both the languages are successful, easy to read, learn and implement, with the fact that they both have a lot of variations also.

Let us know some more Similarities between them, which also tells us the reason for their success:

We have gone through the technical part of Python and JavaScript, it can be understood with the same that both languages are appropriate for Mobile Application Development. We cannot mark any one of them as superior over another.

Both the languages have a lot of similarities and dissimilarities in them, they have things in common yet they differ.

With their uniqueness and ability to perform complex tasks, they are the most popular and old languages in the world. Also, these languages are accepted everywhere because of their amazing features.

With React Native, JavaScript is successful in building native applications whereas Python is effective in distributing services of Artificial Intelligence and Machine Learning. In Python, a small syntax gives a great effect on the output.

It is designed better than JavaScript and is thus easier to maintain.

We have algorithms to make Python more efficient for the web development field, but JavaScript was originated with this feature. Then also the fact is that running Python is slower compared to JavaScript. Python has an extended library compared to the limited stuff of JavaScript. But Mobile Application Development teams all over the world are working on both languages with comfort and providing the best services of all types.

Based on provided information an organization can choose any of them, either Python or JavaScript.