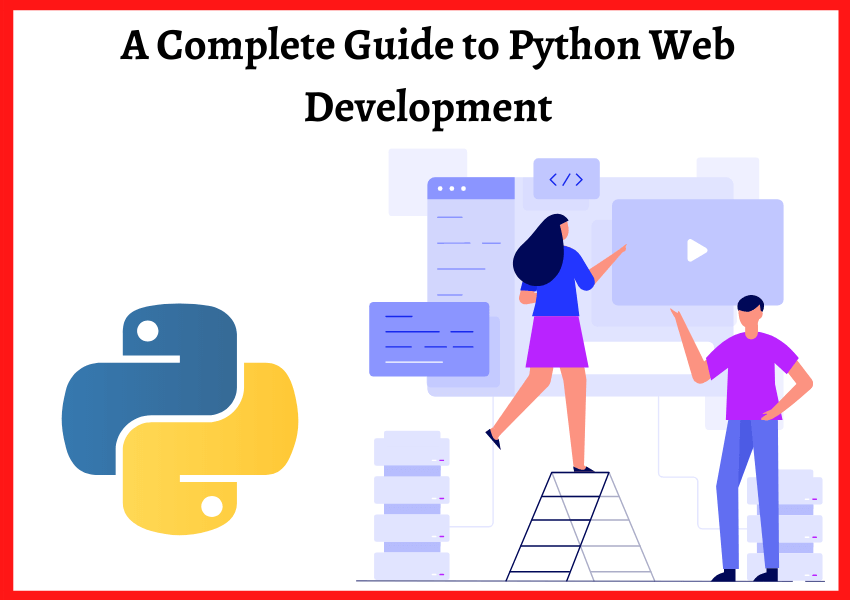 Python is easy to understand yet it is such a powerful language that runs smoothly on operating systems like Mac, Linux, and Windows. Python can conveniently go along with the developer’s coding style i.e, imperative, functional, or object-oriented which means developers can implement the style that is best suited to manage the task.

Python use is not just limited to web development, it is widely used in other fields like Deep Learning, Artificial Intelligence, and the Internet of things. Apart from this, Python has started gaining popularity in other industries also such as Healthcare, Finance, Transportation, and Travel.

Integration of Python into web development and other fields has helped developers all over the world in increasing readability, productivity, and simplicity. The reason behind such huge Python popularity is its versatility and adaptability which provides an opportunity to developers to build dynamic web apps.

If you still have a doubt in mind about Python then have a look at 10 elite web applications developed using Python.

These applications are not just giving tough competition to their rivals but also climbing the ladder of success due to their features and astonishing UI/UX. Technology is transforming and evolving so fast, from the web development process to progressive web apps creation Python has proved its capabilities.

Here we are going to discuss some captivating reasons to use Python for building web applications.

Reasons to Use Python for Developing Fascinating Web Applications

Python offers vast reasons to use it for building scalable, dynamic, and feature-rich web applications. Let’s know the reasons which make it so demanding and a widely used server-side programming language for web development.

Python is open-source and free hence it keeps on upgrading from time to time. This is one of the most crucial reasons behind its huge popularity and acceptance as the side-server programming language.

Python has an easy and simple syntax. Its syntax is well-formatted and documented therefore makes source code more understandable and readable.

Python is an object-oriented programming language that makes it an economical language and enhances the speed of the development process. During the python website development, it provides developers the freedom to make use of resources in other significant components.

Using Python and its frameworks, developers can save a huge amount of time as it offers, simplified and independent code approach, it’s highly compatible and versatile.

The development of feature-rich and dynamic web applications is so easier with Python. The reason behind convenience is its open-source standard libraries like Scrapy, Zappa, Requests, Dash.

Python is an efficient language to integrate standard libraries, third-party code, and operating systems. By offering the feature of third-party integration, robust applications can be developed using Python with ease by putting in fewer efforts.

How to Use Python for Web Development Purpose

Web development is the method of creating, building, and maintaining websites. Web development constitutes the front-end (the whole thing that interacts and engages the user) and back-end (unseen to the users).

The back end involves interaction with the database and consists of all business logic. Python is integrated as a back-end language in the web development process and combined with other front-end programming languages mainly JavaScript to develop a complete website.

Python is a well-known server-side programming language which implies that Python Website development company used it to code server-side websites or web apps. The reason being web browsers compile Javascript, not Python. If you are a beginner in this industry then you should first know about the structure of the web app.

During web app development, developers need client-side language to write code for browser execution which displays the front end of the web application. After this, if the developer needs to store data or want to use the existing stored data on the server then the role of server-side programming languages like PHP, Ruby, Python, Java, etc., comes into the frame.

Must Read: Python vs Java: Which one is the Best Programming Language

Mainly, developers prefer the combination of Python and Javascript to build the complete structure of the web app.

The purpose of using frameworks for development is to make coding easier, and faster. Python frameworks allow abbreviating code of HTTP related basic and other essential operations such as:

It is not necessary to use Python frameworks for web development but if developers use them then the development process will get much easier. It is recommended to not completely rely on these frameworks as some functionalities may or may not be available which you want to add to the web application. Some of the popular frameworks of Python are listed below:

What Steps Should Be Considered for Python Web Development?

Setting up of the Development Location

Developers can use any framework to write server-side for web development purposes. First set up the development location of the chosen framework and then download and configure it on your operating system. Framework environment installation ensures developers build and test a web application using Python scripts.

Models are the part of the web app that involves the structure of the data to be allocated. It explains the limit of the data saves on an individual element, documentation, default values, label text for forms, etc.

Once, the integration of the database is completed, the developers can use the framework to set up the transmission between the server and the web app.

Python web app offers an admin site to the developers to handle site areas of the web app. The admin site can be managed using an admin URL. It gives developers the access to create, view, edit, delete and update the fields of web applications.

It also gives developers the authority to define or register the ModelAdmin class to tailor-made the look of the model on the interface of the web applications.

It begins with the mapping URL. Mainly mapping has completed during the development of the skeleton web app. URL mapper makes use of information to call views and incorporate the data from the database. By embedding direct links and templates, developers can index pages of the web pages with the help of the framework options.

Validation and Allowance to users

Developers can incorporate various sessions on the application for distinct user accounts. For users to log in and log out, developers can make use of the Python framework’s admin site to build groups and users.

Model instances can be used by the developers to allow or restrict the permission of specific users.

To determine functionality, navigation, and other things of the web application, manual or automation testing can be used by the developers. During the manual test, the testers are required to check and implement the code manually. On the other hand, automation testing requires a more visualized form of testing code.

Hosting and Deployment of Web Application

There is a wide range of hosting service providers available to host your website on the public webserver. You can hire a Python developer that can assist you in the development process.

4 types of architectures that are covered by the Hosting service providers are mentioned below:

What Is the Associated Cost for Python Web Application Development?

There are some significant factors on which your web application development cost largely depends. These factors are as follows:

If you want an enchanting application embedded with the latest features and have robust UI/UX then definitely it will be going to cost you more. For outstanding UI/UX of the web app, complex programming will be required which will increase the development time and cost accordingly.

Additionally, one more indirect element that can fluctuate the cost is the location of the developer. If you hire a development company from Asia Pacific regions then the development cost will be less. On the other hand, you will pay more for the same services if you choose Western countries.

Therefore, it would be the right decision to tell you the price band as the development cost of your web application using Python totally depends on your business requirement and application functionalities.

Python language has successfully attracted many industries towards it. We have tried to cover all the aspects which you should know for Python web application development.

Discuss your requirements and business objectives with a prominent Python web application development company and stay ahead of your competitors by owning feature-rich and dynamic web applications.