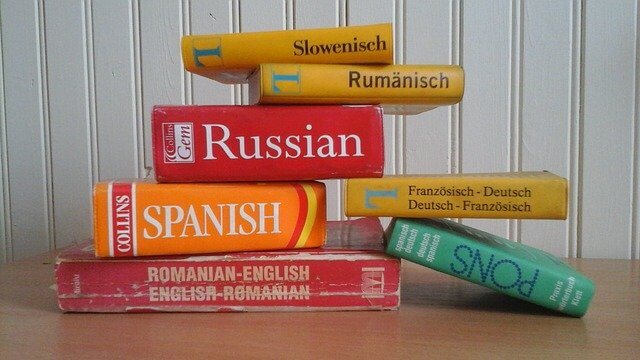 Often, we are fascinated with foreign languages when we see foreigners speaking it. But, we forget that imbibing a new language can open up doors for us in the business world. Not only can we gain the companionship of new people, but we can also enjoy a flourishing career.

However, the question that looms large is which language should to learn. We assess whether it would be strategically accurate to learn Mandarin, Spanish, or any other language. To save you hours of pondering, eight languages have been listed out.

You must not be hasty, and you should go through each language to understand its significance.

There are close to 450 million native Spanish speakers worldwide, which is spoken in more than 20 nations. Thus, it only makes sense that you would opt for this language if you wish to take up a job as a translator.

You can easily converse with the people in Central and South America and Spain if you are fluent in Spanish. It is especially useful for medical professionals, as it can help you serve your patients.

To learn the nitty-gritty of the language, you can enroll yourself in any of the following universities.

For more information, you can scour through the Internet to know where you can get the best education.

If you are interested in business, finance, or international relations, you must learn Chinese (Mandarin). As per a survey conducted in 2019, there are around 1.12 billion Mandarin Chinese speakers worldwide.

Today, print media, films, manufacturing, outsourcing are closely associated with China. There is a saying in business that the better your Chinese is, the better your deal will be. Besides China, people in Malaysia, Indonesia, Taiwan, Singapore, Thailand, and the Philippines can converse in Mandarin.

Some of the notable universities where you can hone your Mandarin speaking skills are:

Students in the Middle East, Europe, and South Asian countries should check out the universities in their respective locations.

French is heralded the most beautiful spoken language in the world. Although its significance has somewhat subsided, it is important from a business point of view. French is spoken in Europe, Canada, and African nations. And like English, it is quite easy to learn.

When you read French, you will be amazed by the literary works of Balzac, Montaigne, and others. One thing that you can expect is respect from the native speakers as it is a very sophisticated language.

You can pursue a French language course from some of the notable universities, like:

In addition to this, you will find numerous universities around the world that offer courses in French.

Germany is one of the most disciplined nations in the world. And, if you want to study medicine or engineering subjects, you should learn German. A fair warning: You might fumble with it initially, as it is not easy compared to learning the other Romance languages.

You never know you might land yourself in a big business opportunity in Germany. Or, you might have to associate yourself with German business owners. Moreover, you can achieve a job in the healthcare sector.

To polish your German-speaking skills, you can apply in the following universities:

As you can see, plenty of universities offer German language courses to the students. Depending on your feasibility and financial condition, you have to make the decision.

Be it a space program, business, production, or technological advancements – Russia is always in a state of war
with the USA for the position of global economic power. Learning Russian will open the door for you to understand other Slavic languages if you are into linguistics.

Since wealthy Russian oligarchs want to conduct business internationally, you can earn a fortune, if you strike a partnership. Most importantly, several jobs and opportunities are cropping up in Eastern Europe and Central Asia, making learning Russian a wise choice.

If you are wondering, where you can pursue Russian language courses, you can check out the following universities:

As you can see, there is no dearth of options. If you are interested in learning a foreign language, Russian will be an excellent addition to your resume. And, once you learn it, you will join 255 million people who speak the language daily.

If you are articulate in Portuguese, you will be able to speak to the people of Brazil as well as Portugal. There are over 236 million Portuguese expounders in the world, and it is also spoken at Mozambique, Angola, Cape Verde, etc.

If you have an idea of Romance languages like French and Spanish, it will be easy for you to pick up Portuguese. There is a striking resemblance in grammar, vocabulary, and pronunciation. Some of the areas that one can explore for a job include tourism, business, literature, sports, and journalism.

Now, it’s time to know the colleges where you can pursue a Portuguese course. It has been listed out below.

A bonus: If you learn Portuguese, you will thoroughly enjoy the soccer games in Portugal or Brazil.

This is another popular European language that you can learn. What’s more, Italian is easy to learn compared to the ones listed above. Italy is known for its food, business, music, fashion, movie, etc.

As you can imagine, the economic opportunities are vast, and thus, you should get started today. Furthermore, if you are pursuing Comparative Literature, Italian language will help you decipher the origin of languages, societies, etc. This is because Latin, which was spoken around Rome, gave birth to a lot of Indo-European languages.

Some of the renowned universities where you can pursue a course in Italian are highlighted below.

There are other universities in Europe and the USA where you can apply for a course in Italian.

A careerist in the 90s would have considered Japanese as an important language. However, natural calamities and financial meltdowns have plagued the country. But, over the years, it has again shown the world that it would be unwise to strike-off Japan as a global economic power.

Japanese literature is worth investigating. You will learn a great deal about life, martial arts, meditation, and Buddhism. Moreover, the employability opportunities are also promising. Japan is known for its advanced academic curriculum and technologies.

So, if you are studying business management, science, technology, journalism, you should look at what Japan brings to the table. Some of the popular universities where you can study Japanese are highlighted below:

When you apply to these universities, you will find that there are several interesting courses you can pursue.

In addition to the universities mentioned above, one can also learn the languages online.

Most of the online websites have associations with reputed universities around the world. Thus, you can easily pursue a course and get an authentic certificate once you are done. You can check out the courses at:

Some of the free websites that you can try out have been listed out:

Thus, you can study a language from the comfort of your home and at your own pace. Moreover, if you want to work with the disabled and disadvantaged people, you can also learn sign language.

If you have gone through the blog thoroughly, you would have understood the significance of the foreign languages. So, it all boils down to your niche and career plan. Once you make a decision, it would be easier for you to choose the language.

How to Evaluate an HVAC Company for Trustworthiness?

You Can Always Count on Well-Crafted Rotors

Top 15 Toothpaste Brands in the USA