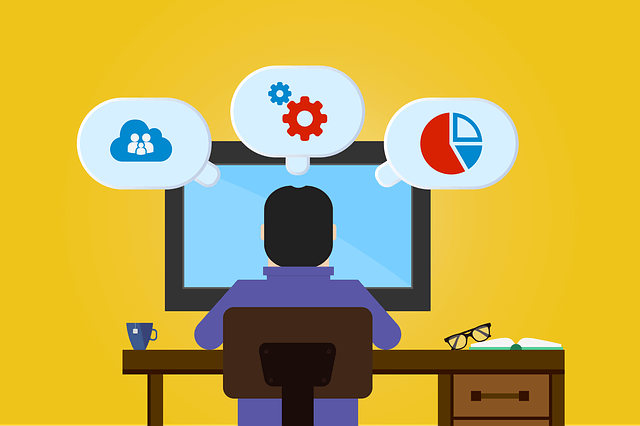 Today, we will be talking about front-end and back-end development and how they are different. We will be going over questions such as what are the differences? Where do you learn these skills? Fortunately, for you, we will be answering all these questions and more. A lot of people who are just learning how to code and program are trying to determine which road is the right one. Therefore, by the end of this blog, you will have a better understanding of the two, and which one is right for you.

What is Front-End and Back-End Development?

For more clarification, you can think of front-end and back-end as your favorite restaurant. The front-end would be the dining room, the serving staff, the menu, and the food that you eat. The front-end is everything you see, touch, and interact with.

On the other side, the back-end of the restaurant would be inside the kitchen, the back offices, inventory, payroll, and taxes. The back-end would include everything that keeps the restaurant operating so you can eat your favorite dish. Now that we got the analogies out of the way let’s dive deeper into the front-end and back-end development.

Front-end development encompasses everything you see on the website or application. This includes the layout, dropdowns, menus, buttons, and the responsive nature of the site. If a front-end developer were tasked with building a website or application and had no access to the back-end or back-end developers, they would inevitably create something that we call a static website. A static website is where all data and information is contained in the front-end structure of the website. The front-end structure will be built using HTML, CSS, and JavaScript, so it doesn’t move, it’s static.

The three core languages that you will need to learn for front-end development is HTML, CSS, and JavaScript. So, let’s take a deeper look into those languages.

HTML – HTML stands for a hypertext markup language, which is a fancy way to say information.

CSS – CSS stands for cascading style sheets, and it does exactly what it sounds like. CSS creates a style that will cascade over the entire site application. This includes layouts, your responsive nature, and buttons.

JavaScript – Lastly, you have JavaScript, which is the interactive language that makes things move and changes things on and off. JavaScript is also used for contact forms model windows.

If you wanted to think about these three languages differently, you could think of them like a newspaper. HTML would be the information and content that’s on the paper. Then, CSS would represent the layout and the different sizes of headings and body copy. The JavaScript would then turn it into a Harry Potter newspaper.

Back-end development is all the things behind the curtain that make everything operate. Back-end development would include elements such as storing and organizing data and creating complex algorithms that work on the front-end. Therefore, if that front-end developer who is making that static website that I mentioned earlier will pass off that website to a back-end developer. Then, the static information and content would be removed and abstracted out of the front-end languages and into the back-end languages. It will then be put into a database and stored and managed there for ease of use.

There would then be connection points between the front-end and the back-end. So, whenever the browser makes a request, it would go out to the server-side and grab what’s needed and come back and fill in the empty spaces and values.

So, what sort of languages would a back-end developer want to be well-versed in? These languages would include Ruby, Python, Java, and PHP. These are the most common languages for back-end development, and the great thing is that you don’t need to learn them all since they are share a commonality between them. There is no one language that you should know above all else. Instead, you need to think like a programmer. With that said, you need to know fundamentals such as variables, functions, and loops. If you know the fundamentals, then you can implement them to create complex code piece by piece.

Furthermore, it’s interesting to note that JavaScript can also be used as a back-end language with Node J. Node J allows you to execute JavaScript in the browser, but in a back-end environment.

A back-end developer’s responsibilities would focus on creating and managing a database storing information. They will also ensure the back-end runs smoothly and is optimized for performance.

When it comes to learning back-end development, it’s very similar to the front-end. Resources are everywhere. You can get a college degree in computer science or web development. There are also boot camps and online classes.

So, which one is it for you, front-end or back-end development? Well, it depends on the kind of person you’re. If you like working with layouts and care about the user experience people have, you would want to work on the front-end development. If you’re into data, math, and algorithms, and you like making complex things more optimized, then the back-end would be best suited for you.

Lastly, if you can’t decide between the two, there’s something known as a full-stack developer, somebody with skill sets in both the front-end and back-end. Also, the difference between a responsive wordpress website and a static wordpress website will make or break your sites performance. So if you have any question, contact the professionals at TOLS Multimedia.