Signs to look for if Your Child is Cyber-bullied 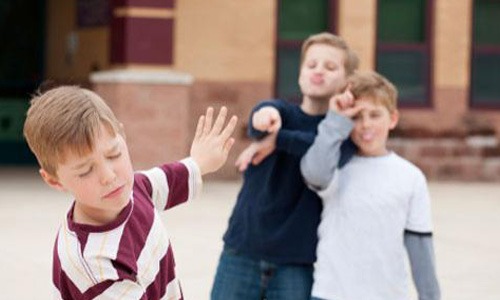 Every time bullying happens, it steals a little bit of who your child is. And, if it happens over and over again, little by little, your child becomes a little less of who they were meant to be. As an adult, this doesn’t sound as drastic but for learning, growing teen who is being bullied – it is quite a big deal.

The thing about bullying is, even though it is incredibly harmful to both the bully and the one being bullied, it stops once both parties go their separate ways, granting the bully a chance to revel in his/her success and allowing the one who was bullied to recuperate and convalesce for the next day where such an episode might transpire once more.

But, if your child is cyberbullied, then the situation is much worst since the torment in such situations never cease, no matter where the victim is. Therefore, here are a few ways as to how to figure out that your child is cyber-bullied before it is too late.

Looking at their phones way too much

Initially, if your child is cyberbullied, he or she would be spending a lot more time than usual browsing through their various online social media profiles like Facebook, Twitter, etc. Such sites are the prime platforms where your child may be cyber-bullied since this is where most teens interact with their peers. Thus, if your child is looking through their phones and computer instead of spending time with you or doing homework, then it may not be good news.

If your previously bubbly child is now staying quiet and withdrawn, his/her laughter no longer rings around the house? Previously a social butterfly now stays in his/her room all day long and no longer interacts with friends? On top of all that they fidget too much if asked why and do not respond well to constructive criticism and get snappy and rude when you try? All these indicate that your child has too much on his or her mind and may even be the victim of cyber-bullying.

If “What is that supposed to mean?” and “What is wrong with you?” are becoming way too common in your household and your teen tends to use them as a shield, then he may be a victim of cyber-bullying. As already mentioned a child tends to revert to hostility if he/she is embarrassed or have something to hide. Such behavior should serve as warning bells for parents since they could very well be hiding a dangerous predicament they might be stuck in.

If your teen goes from a social butterfly to house mouse in T-20 seconds, such a significant change is quite noticeable. But if a similar change occurs more gradually and subtly, like asking to be allowed to opt out of the neighborhood’s 4th of July barbecue because they might have an important test or miss the winter wonderland dance because they might have a paper due. All such subtle signs should raise the red flag more so than any other. Such behavior is the classic sign of turning all the anger and frustration they feel inward and may just be more devastating as a response to cyber-bullying than being made and snappy because it may lead to self-destruction behavior as well as depression.  Since your teen is opting out of social interaction, both in the real world and online, he or she might very well be trying to stay out of sight of their tormentors and not because they have to study.

Every year, 4 out of 5 individuals between the ages of 10 to 24 are being cyber-bullied by unknown faces online. Even they want this torment to cease, but since they do not know who is behind this ceaseless torment, they cannot do much about it. But, their parents can. By installing a simple spy application onto your child’s smartphone and computer, you cannot only get to the root of the problem but also prevent your teens from taking drastic measures to make it all stop. This way you can not only prevent an accident from occurring but stop this vicious cycle altogether.