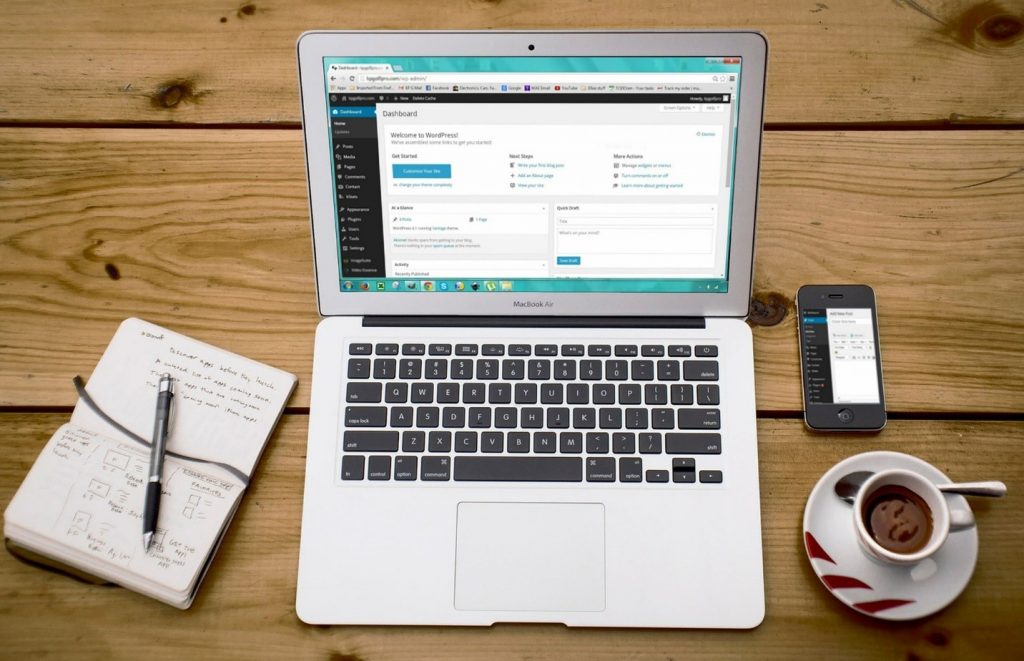 WordPress (WP) comes with a variety of plugins when you add it to your site. One such plugin is bbPress, which is a free and open source forum software. It is built on top of WP and can be added to any site powered by the CMS. The features of bbPress are quite different than those of older forum software. It does not take up too many resources, nor is it inconsistent in its function. This means that once a forum is added to your site, it will retain the qualities that come with WP.

bbPress has the ability to add more to your site, while still letting it retain its originality. It makes adding forum extensions to a site easier while keeping the simplicity of WP’s features. bbPress can hence help developers create customizable frameworks for their sites.

In his manuscript ‘Face The Book With Your Small Business’, Leland Dieno has talked in detail about websites. He said, “Your website is the center of your digital ecosystem, like a brick and mortar location, the experience matters once a customer enters, just as much as the perception they have of you before they walk through the door.”

Dieno’s concept of how a website works is relevant to how developers create and maintain their work. With bbPress, there is greater ability to work with customizable templates and multisite forums. All of these help in making a website perform its function with clarity. When bbPress was started, it was a direct response to a global need. Today, it is doing the same thing for millions of developers around the world.

The Ease of Using bbPress

Are you curious about how bbPress started? Back in 2004 the miniBB was becoming too bloated for most WP support forums. Thus, a new system was needed to fix this issue. WP came up with bbPress, a diverse code that was eventually turned into a standard plugin. Since it has become a plugin, bbPress has offered easy ways to add forums to WP sites. It can work with any standard compliant WP theme without any difficulty.

With other open source platforms, it is common to face a myriad of issues. Most of them are resource intensive, which requires a lot of effort in integration. bbPress is different in the sense that it is lightweight. It can easily solve this problem by blending into any WP theme. Since it has the same creators as WordPress itself, it follows the same principles of keeping things compact. It has further extensions which makes bbPress capable of handling custom forums with active support.

Every user has interacted with bbPress once in their life. If you use any of the millions of WordPress.org sites on the internet, you may have visited their support forums. bbPress is making this possible by letting you have access to these forums by providing a modern twist on software. Whenever you ask a question or browse a plugin and its themes, you are using the power of bbPress.

While the software is a popular de facto choice for support forums, the issue is whether it can be used for customization. WP powered forums work well with bbPress, but web developers today need something more than just ease of use. Most plugins have an out-of-the-box functionality and do not meet specific needs. Developers often need custom made themes and features that make their website stand out. Is bbPress able to provide this service?
How Developers Benefit from Frameworks

Developers use frameworks to help them in building unique features. Every project that comes to a developer is different and requires individual attention. Instead of reinventing a previous site with slightly altered code, developers want to create something innovative. Frameworks are pre built in templates that handle most of the repetitive common features to make them appear distinct. Frameworks also give the following benefits:

When developers don’t have to reinvent the wheel, they can give better task performance. The low value added tasks can be disregarded while the more important rules receive the most focus. For example, developers have to spend days in creating an authentication form for a site. But because of frameworks, they can spend their time on more specific components, such as code, while basic tasks are already taken care of.

The longevity of your applications is important for developers. Frameworks are good at making sure that applications can be easily adopted and maintained over time. So if they undergo upgrades, they will do so neatly and without any major problems.

Tailored to Your Needs

The best kind of frameworks are those that can be customized. Once you have built your site, the custom solution will ensure that it is a long term project with the kind of features you and your team can recognize. Developers will able to have websites with high performances as the framework will fit the desired layout and give the interaction they desire from it.

bbPress is a WordPress plugin, which means that it can easily be used as a tool to customize your site. It performs this function by adding extra functionality to the frameworks you use when building your site. Whether you want more support capabilities for your forums, or just want to enhance user experience, here is how bbPress can customize your site to your liking:

To alter the core commonness that comes with using a WP site, you can override callbacks. bbPress is the plugin you will use and for you to customize it you can add your own callbacks to create the functionality you want. This will not only change the way the framework interacts with your site, but also make community engagement more vocal.
Extend Without Modifying

As a developer, the easy thing to do is add new functionality to your framework. You can do this without having to remove or modify what the plugin does. You can simply write a separate function that runs alongside bbPress to give you customized features according to your requirements.

bbPress can be made into a custom plugin itself. You can make your framework stand out by adding code snippets to any WP plugin (in this case, bbPress) and use them as you please. These can be activated or deactivated when required and simple ones can be added in an organized fashion to your site. Once you have added them, they will easily interact with the components on your site.

After dealing with code and tinkering with the mechanics, developers often discover that if the forum upgrades, it will erase the personalization. With bbPress running in the background, you will not have to worry about taking precautions while administering these fluctuations. Your platform will hence stay updated and free of spam without any aggravating manual changes.

For the best site security with a robust environment, your bbPress plugin can help you with themes and interfaces for your framework. You can use a theme customizer along with custom templates to edit the theme of the plugin according to your needs and make sure that the site is secured. If you need an eye catching and professionally designed website for your business that will take care of all these features.

bbPress can also help you in making your framework more responsive. Users will be able to preview any page with a one click demo and the site will be responsive to both mobile and desktop devices. Community engagement will increase when the forum page is catering to users and there will be less issues with loading time as well.

Applying custom style to your framework can be difficult because you need to have strong HTML knowledge for it to work. This daunting task can be dealt with because of bbPress. You can simply play around with the neat and live editing interface to alter the appearance of a forum in depth. The user interface is easy to navigate and you can customize styling with all of the built in bbPress elements in the given templates.

You can add custom hooks to your bbPress plugin without changing its main functions. Instead of completely removing its functionality to customise your framework, you can simply hack into it with hooks. Similar to how WP provides its own hooks for customizability, you can add yours to extend the function of your framework.

WordPress plugins can prove to be incredibly valuable. bbPress is one such example of a tool that can be used to make changes to your site. It can be hard to find the specific functionality you require with any WP tool, since it was made to appeal to a wide range of users. But with bbPress you can extend its functionality to alter and customize frameworks as you see fit.

bbPress Helps Developers to Customize Frameworks
Share. Facebook Twitter LinkedIn
Previous Article5 Must Haves for your WordPress Site
Next Article How to smartly use Cell Phones at Work – Etiquette Tips