Our Picks for the Best Gaming Black Friday Deals 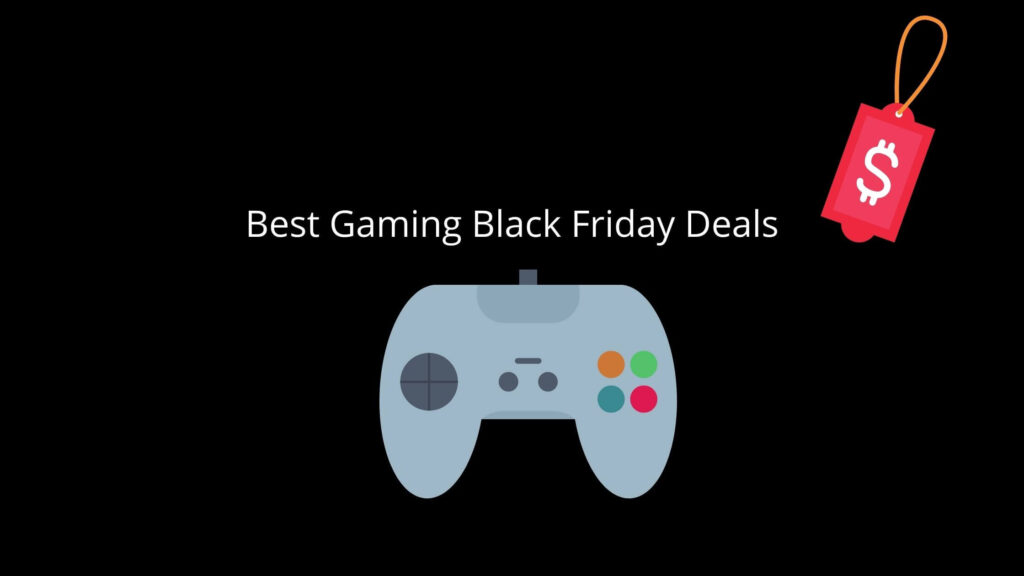 While 2020 has proved to be difficult for most, the end is now in sight. And it’s proving to be deceptively great for gamers.

The PS5 and Xbox Series X/S release signals the end of an era and the birth of a new generation focused on high frame-rates, blazing-fast load times, and higher resolutions than we’ve ever seen before.

Black Friday is scheduled for November 27, but due to the pandemic, there’s a heavy precedent for online sales. That means retailers are starting their deals, especially early.

Some are available as soon as today, while others will go throughout the Thanksgiving week and weekend. It’ll be interesting to see those Cyber Monday deals shine now that we’ve got weeks of deals ahead of us.

Here are some of the best gaming Black Friday deals announced so far.

Don’t get lost in the confusion. Here are the deals for exactly what you’re looking for.

The Nintendo Switch has been the bestselling console of the year. Is that a surprise, considering right at the start of COVID, they released the smash-hit Animal Crossing: New Horizons? Not quite.

For months they were sold out of Switches, including the elusive, limited-time Animal Crossing-themed console.

Best Buy has the rare console variant here for $299.

If you’re hoping for a game included with the new system AND three months of Nintendo Switch Online, you can get Mario Kart 8 Deluxe included with a new Switch for the same price.

Keep it tuned here if there are any additional deals for Nintendo Switch lite, the handheld-only Switch model.

The Nintendo Switch comes with a paltry 32 GB of storage. If you plan to download any games, you’ll likely need a new microSD card.

Nintendo rarely lowers the prices on its first-party titles. Black Friday marks a rare exception. Here are a few:

These are just the deals we’ve seen so far.

With the new generation, it’s out with the old, in with the new. Playstation is upping the ante by offering a suite of new games for their new console.

Here are the options for purchasing a Playstation this season:

Expect to see the PS4 and PS4 Pro going for well under their previous prices. Ideally, they’ll come with extra benefits such as online subscriptions, additional controllers, or bonus games.

As of now, there are no solid deals for PS4 controllers. They will come, though. This is because the PS5 requires the newest PS5 controllers to play their games.

PS4 controllers work with the new console; however, they only play PS4 backwards compatible games—no playing Bugsnax with one of these old controllers.

Best Buy has the new PS5 controller available for $69.99. They’ll also be selling PS4 controllers for $20 off.

One of the best problems of the new consoles is that their SSDs are so well optimized that nothing on the market matches them so far. If you are looking for cost-effective hard drives to transfer your PS4 games over, there are some great deals going on.

Considering the base PS5 has less than 800 GB of storage available to download games from the get-go, external storage is a must.

PlayStation has a great number of games available across generations, day-one. Here are some of the best that will be on sale this season:

These are just a handful of the games available. If you have PlayStation Plus, you’ll have access to the PlayStation plus Collection, a suite of games that you can download and play at no extra charge.

CDKeys is offering over 50% off a 12-month subscription for Playstation Plus.

Xbox One and Series X/S

Microsoft has positioned itself as a console of cross-generational stability. Just about every game you see that has “Xbox” written on it will work on the old and new consoles.

This means if you’re investing in the new system, you’ll be able to embrace those new FPS and resolution improvements the Series X/S tout. And if you’re sticking to the Xbox One line of consoles, you’re still good to go.

Here are the different options for going Xbox:

The older console deals are likely to come online the week of Thanksgiving. Expect bundled deals, like including extra controllers, subscriptions such as Xbox Live Gold or Xbox Game Pass Ultimate, or extra games.

Any Xbox controllers purchased today will work on either Xbox One or the new S/X, meaning if you own the Xbox One, don’t fret! But if you are looking for a deal, Best Buy has you covered.

Xbox wireless controllers will be $20, starting at $39.99 on Black Friday at Best Buy.

If you’re looking for the best deal in gaming, check out Xbox Game Pass Ultimate. Normally $15/month, you can get three-months for 50% off at Best Buy.

Xbox has a suite of games lined up for their future. Perhaps none sparkles as green and bright as the upcoming Halo Infinite.

While the release date is still TBD, you can receive the exclusive Steelbook case when you purchase Halo Infinite at Best Buy. Here are a few deals you can take home with you, day-of.

The craziest part? All three of those games are available on Xbox Game Pass. If you want to play them but don’t want to own them, seriously consider checking out the service.

PC prices rise and fall like the tide. Fortunately, it seems the tides gone out for the month, so make sure to grab these deals while you can.

Lenovo.com has terrific deals as well. Their Legion 5i and 7i series are undergoing several cuts, some hundreds of dollars off.

One laptop, in particular, ticks all the boxes for gamers on the go. The Lenovo Legion Y740 15″ is running an Intel Core i7, 16 GB of DDR4 ram, with NVIDIA’s beefy RTX 2070 graphics card.

Don’t need that much power on your portable device? No problem.

And if you’re looking for a laptop/tablet hybrid, the Microsoft Surface Pro 7 is on sale for $699 at Best Buy. You’ve got 4GB of ram, only 128GB of total SSD storage, but you’ve got the ability to play tablet and desktop games at your leisure.

And that’s a solid price point, too.

That’s a lot. Here are a few tremendous deals going on that even the most budget-conscious gamer can consider.

Save and Score this Black Friday

These are the best gaming Black Friday deals so far. And with the holidays fast-approaching, there will surely be more to come.

Make sure to bookmark your favorite products so that when they go live, you can find them with ease. If you liked this article and want more on games, PCs, and tech, check out one of our other articles below.