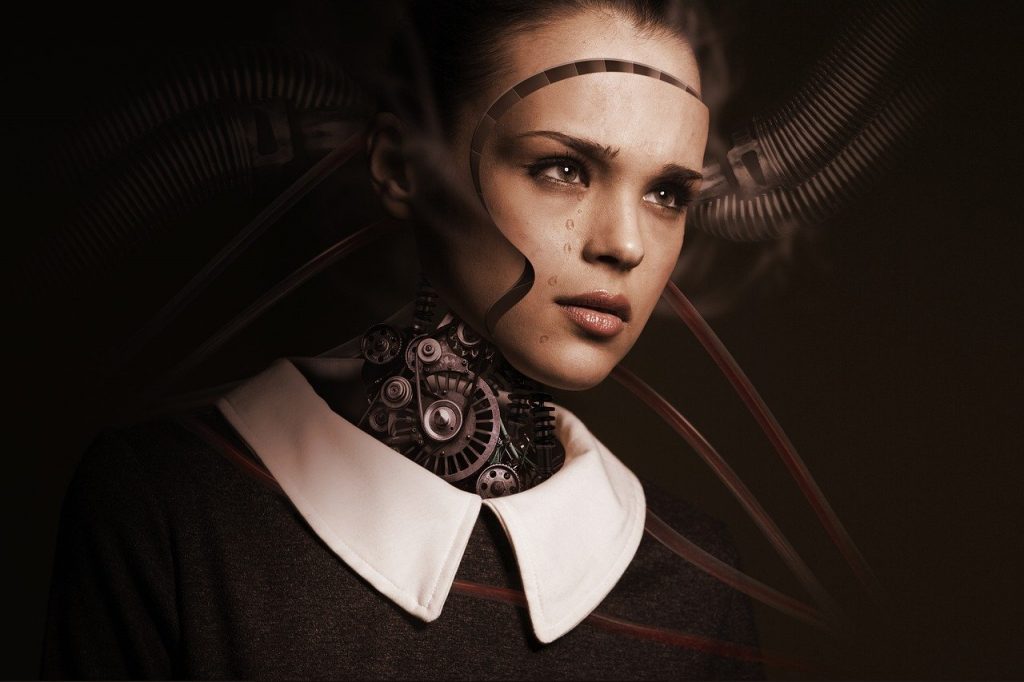 Today, the area of quality assurance and testing software has become very broad. Custom made software and applications are now growing in complexity. Such software can leverage legacy systems and interact with each other through various APIs. Because of this, software testing has become more relevant.

With the lifecycles of software development is becoming extremely complicated each day. It has a direct impact on the time span of delivery shortening and software testers need to up their game. They must provide assessments and feedback to the development teams right away. To do this, they can utilize different Artificial Intelligence (AI) tools for software testing.

AI is one of the trendiest “buzzwords” used in this modern-day world. When people hear the term “AI,” images of all-powerful robots and super-computers come to mind. But the truth is a lot less sinister than that. AI is all about smart gadgets, voice-control assistants, and other technological advancements.

Although AI has been around for some time now, it is constantly evolving. Now, we can even see AI in software testing. Here are some benefits of AI in this area of technology:

It saves time, and money

Developers have to modify the source codes of software, they have to repeat software testing. Doing this manually takes a lot of time, and it is very costly.

But with AI tools, testers can run software tests repeatedly, at a faster pace, and with no additional costs. Also, the time it takes to test software gets lowered from days to hours, which, in turn, saves companies money.

Human beings tend to make mistakes no matter how meticulous they are, and computers offer improved accuracy. Instead of requiring testers to test software manually, AI tools can perform the same task with more precision while providing a detailed recording of the results.

Testers don’t have to perform repetitive, monotonous tests; instead, they can focus on creating new AI testing tools with more sophisticated features.

It’s helpful to testers and developers

Not only the testers who can benefit from such tools. Developers can refer to AI test results to identify problems quickly before their software reaches QA. As soon as they change source codes, they can automatically run tests to determine the success of their modifications.

It doesn’t have the same limitations as manual testing

Testing has several limitations because of the nature of the process. For instance, QA or software departments can’t perform controlled tests for web applications with more than a thousand users.

By using an AI software testing tool, they can simulate as many users as they want for the test to interact with the software, application, or network.

All of these benefits, software developers, and testers should consider investing in AI tools to improve their processes, save time, save money, and more. Here are some of the best and most popular ones right now:

Applitools is testing software that utilizes a sophisticated algorithm. It identifies potential bugs in an application without having to provide all of the elements explicitly.

With this software, you don’t need to set-up any percentages, configurations, or visual processing settings to perform visual testing. This software has an adaptive algorithm, and the developers plan to add many cool features to improve it in the future. Some of these potential features include:

• Leveraging AI/MLA-based for automated maintenance.
• Modifying the comparison algorithms to determine the noticeable or meaningful modifications.
• Automatically understanding the changes that are more likely to become bugs versus the desired changes – then prioritize the differences.

Appvance is one of the leaders in the AI-driven test generation. The premier product of the company, Appvance IQ, was the first unified automation system for testing driven by AI. This software helps improve the performance, security, and quality of applications. It also helps transform the output, speed, and efficiency of software testing teams.

Appvance is essential software that improves the agility of companies while moving faster to the cloud by reaching DevOps speeds.

The actions performed by the user lead from one state to the next. There are also several global actions available. Each of the actions and states can have their additional attributes and data values.

The software uses the abstract SUT model for the generation of new test cases. This is especially important for creating tests that weren’t considered before. While generating tests, Eggplant AI doesn’t execute them on the SUT – it only utilizes the model.

In general, test generation is an essential aspect of how the software selects actions. Usually, this process consists of selecting an action along with additional data for the action. The software performs this selection of actions based on these elements:

Eggplant AI utilizes different algorithms for different goals. However, the results obtained from the generation process aren’t real test scripts. Instead, the actions get associated with one or more executed snippets.

Functionize is a cloud-based AI software testing tool used for performance, load, and functional testing. This software utilizes AI and machine learning to speed up the creation, analysis, and maintenance of tests.

One of the best features of Functionize is that the user doesn’t have to do a lot of thinking before executing a test. All the user has to do is type what they want to test in English.

After this, the NLP generates functional test cases. The app can also execute thousands of tests from mobile or desktop browsers in a matter of minutes. It’s fast, efficient, and user-friendly too.

mabl is a software testing tool that focuses on regression testing. It offers several features for this specific purpose. The AI receives training through records of user journeys. Internally, the software uses a domain-specific language (DSL) to record user intents and interactions for the application of various AI techniques.

Based on the captured and previous data, knowledge, and executions from other SUTs, the software tries simulating user input.

Sauce Labs was one of the first software tools in the cloud-based automation space of testing. Now, the developers of this software have gathered so much data that they’re in a position to leverage machine learning and offer cool insights.

The developers behind Sauce Labs believe that using various AI technologies and known pattern matching can be extremely powerful when it comes to testing. This software runs more than a million tests each day. This means that they have a wealth of information to use to help software testers improve.

Sapienz is an AI software testing tool formerly known as MaJiCKe. Since September 2017, it has been a part of the continuous integration system of Facebook. This tool utilizes multi-objective search-based testing (MoSBaT) for the generation of tests optimized for test length, code coverage, and found crashes.

Essentially, MoSBaT depends on techniques of optimization and searching that can target several objectives.

For Sapienz, it optimizes tests for Pareto optimality. Here, it’s not possible to improve an objective without compromising another one. The software combines systemic exploration and fuzzy testing.

Based on these, Sapienz comes up with test suites along with crash and coverage reports. These auto-comment and auto-localize issues while auto-detecting pull request fixes whenever possible. The software tool permits three varying levels when it comes to coverage criteria – a black box for skin coverage by utilizing GUI, grey box for method coverage by using instruments APK, and white box for statement coverage by using source code.

Sealights is a cloud-based software testing platform. One of the main reasons why developers created this software is that QA and developers are too busy using CD and CI practices that get released frequently without enough time to test the whole application several times.

This software offers machine-learning technology that assesses both the codes and the tests running against those codes. It lets testers know the exact coverage of the tests. For this software, it covers different types of tests from unit tests, performance, manual, functional, and more.

Another critical insight provided by Sealights is “Quality Risks.” This focuses on efforts of user on things that matter by letting the user know which lines, files, or methods that developers have modified since the last version of the application.

Upon knowing this, the user can make sure that untested codes won’t reach production before it undergoes minimal validation. One important feature of Sealights is that it makes it easier for users to create a dashboard for everyone to see.

Each time a user builds an application and runs it through this software, they can see and understand the test results, coverage, status, and whether there are any issues or not.

TestCraft is an AI-powered software testing tool for continuous and regression testing, and it operates on top of Selenium. Testers can use this software to monitor web applications too.

The role of AI technology in this software is to reduce cost and maintenance time by overcoming any modifications in the app automatically. One of the best things about TestCraft is that users can visually generate Selenium-based and automated tests.

This software has a simple drag-and-drop interface. Users can run the software in several work environments and browsers simultaneously. Even those who don’t have coding skills can use it.

Testim is an AI software testing tool that attempts to leverage machine learning to increase the speed of creating, executing, and maintaining automated tests. The goal of this software is to help users trust their tests.

The focus of Testim is to reduce inaccurate tests and the frequency of test maintenance. The main goal of the developers is to aid in the liberation of test automation from the exclusive world of developers. Because of this, they made it simple enough for anyone to create.

With each passing day, artificial intelligence makes its way into our lives. More recently, it has found its way into the lifecycle of software development. Despite this, companies are still thinking about whether they should completely adopt AI within their practices of product engineering. After setting up a system for test automation that involves AI, then executing this system, organizations can come up with better testing rewards for a fraction of the cost.

The money saved can, in turn, go into quality assurance efforts, especially in terms of exploratory testing, the testing of uncovered aspects, or further software testing. One of the best ways to approach this is to retrain testers while evaluating AI technologies and their results. This allows companies to incorporate AI software testing tools into their processes. In the long-run, AI may go beyond helping software testers. In the future, we may use this technology in all aspects of software development, not just in testing.