10 Strong Reasons Why Your Articles do not Receive Comments 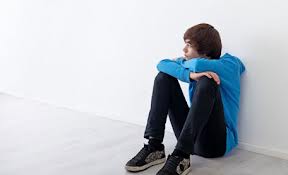 It is annoying when you construct the perfect blog post and a week later you have no comments on it. I think I know why your blog posts don’t receive comments .

Every problem is followed by an explanation and advice about what to do to fix the
problem.

Point number one really cuts through the baloney that other articles are going to spoon feed you. There are legitimate reasons why your article may not be receiving comments but let’s not overlook the fact that your articles may simply be boring and not worth the effort of commenting on.

Comments are just like online applause for a guest speaker, so if your “Speech” was not very good then do not expect any applause.

2 – You don’t get nearly enough traffic

Going back to the guest speaker example, if you do not have an audience then who is going to applaud?  Your web traffic is your audience, so if your articles are not getting enough traffic then there is little chance of your articles getting comments.

Only a small percentage of your viewers actually comment because most people have better things to do or do not have a strong enough opinion on the subject you are writing about.

Imagine if you have just read a quick story from the dentists wall, unless you can really relate to the story then there is little more that you can do besides say that it was good. Very few people are going to leave a comment to simply say that your article is a good.

How many times have you left a comment to congratulate a writer on his/her writing skills?

It is not a criticism of your audience.

It is just that most people do not think of something until you point it out to them. A group of people can pass a clear lake on a warm day and nobody will hop in for a swim until one of the group suggests it. The group can see the lake (like your traffic can see your comment box), but until they are given the idea they will do nothing.

For example if you have compiled a list of the best female drummers on the planet, then people may comment if you ask the readers if you have missed any drummers off of the list.

This happens more times that many web masters know. Comment sections often have bugs and technical problems that range from people not being able to access them, to the comments not being sent through to the server. Many times it is the HTML code above the page that causes the problem. Other times it is cross browser compatibility that is the issue. You need to test your comment sections routinely to be sure a bug is not stopping people from commenting.

Your metrics may be showing that you are getting traffic but it is also possible that your page does not complete loading, so that people never really see your article or your comment section. SEO suggest you to use Google search console to go with mobile usability as well.

CAPTCHA scares away a lot of people who simply cannot be bothered to run through the annoying little test. The harder that your CAPTCHA system makes the image, then the higher the chances that the user will fail the CAPTCHA question, get annoyed and not enter their comment.

Sometimes even asking people to sign into your comment section via social media such as Facebook is too much trouble for the commenter. This is often because the loading screen for signing in by social media often takes a few seconds, which is longer than most people are willing to wait. This is one of the reasons WordPress blog receive more comments compared to Blogger Blogs .

8 – Trying to force an action before people may comment

9 – Sometimes you just need to get the ball rolling