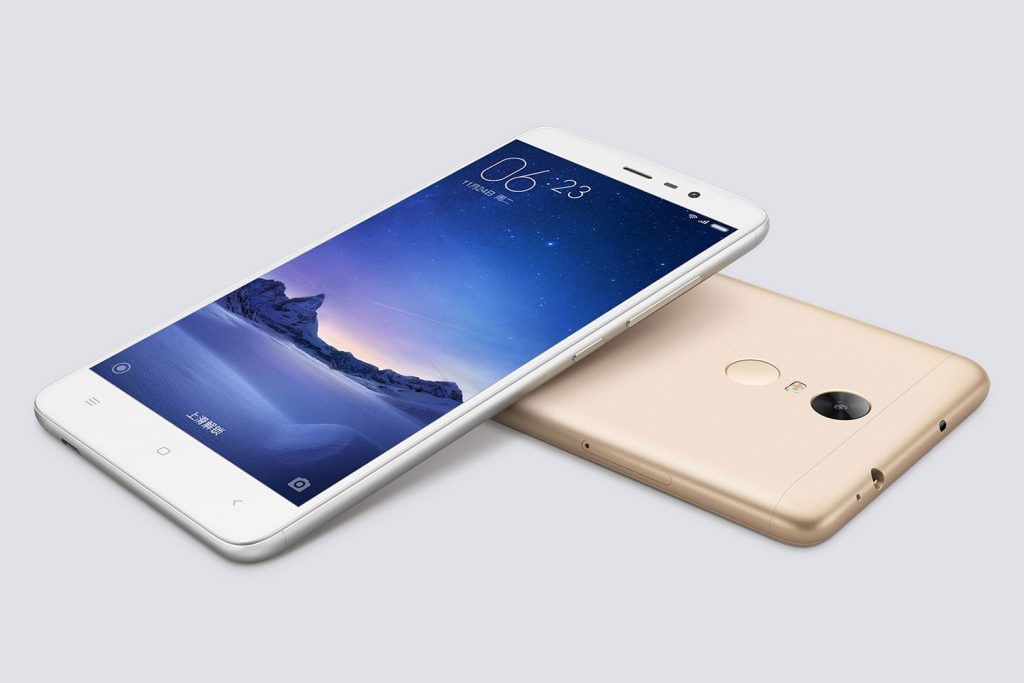 Xiaomi Redmi Note 4 features a full polished metal body. The body is of higher quality than Redmi Note 3. It has the dimensions of 151 x 76 x 8.4 mm and weighs 175 grams which are greater than that of Xiaomi Redmi Note 3 (164g). It is available in three colours- gold, gray and silver.

Xiaomi Redmi Note 4 has the screen size of 5.5 inches. It has a Full High Definition (FHD) display with a resolution of 1080 x 1920 pixels. The phone comes with an IPS LCD type with a pixel density of 401 pixels which is impressive. It also comes with a reading mode. The screen to body ratio is 72.5 %. Above the display, we find LED light for notifications and 5MP front camera with sensors. Below the display is the usual three capacitive keys – recent apps, home and back in that order from left to right. There is a hybrid SIM slot on the left side of the phone which means you can either use one SIM and MicroSD card or both SIMs and no SD card. If you buy a 64 GB variant, this won’t be a problem, but if you choose 16 GB, then memory will be an issue. On the right side are the power and volume keys. On the top lies the 3.5mm microphone jack, second microphone and Infrared(IR) Blaster, which allows you to use your phone as a remote for supported devices like TV, home theatre, etc. There is a USB Type –C port at the bottom of the device. The back of the phone has 13MP camera and dual LED below it. There is a fingerprint sensor at the back below the LED flash.

Xiaomi Redmi Note 4 is powered by MediaTek MT6797 chipset. It runs on powerful 2.1 GhzDeca-Core processor which is a major improvement over Note 3. More cores mean more apps can run in parallel. Xiaomi has provided 3 GB of RAM in this device and easily allows heavy multi-tasking. For the graphics, it uses Mali-T880 MP4 GPU.

Xiaomi Redmi Note 4 runs on Xiaomi’s own UI MIUI8 on top of stock Android Marshmallow 6.0. We hope they update it to the latest version of Nougat. Like all Xiaomi devices, there is no app drawer in this phone.  This device features an enhanced Power saving mode, new Note app, and new gallery.

Xiaomi Redmi Note 4 features 5MP front camera with BSI sensor. The front camera has an aperture of 2.0f, but it lacks flash.

Xiaomi Redmi Note 4 comes with an internal storage of 64 GB which can be further expanded up to 128 GB using the hybrid slot. This phone has a hybrid slot, which means you cannot use two SIMs and microSD card simultaneously. You can either use one SIM and card or both SIMs and no card. Xiaomi Redmi Note 4 is a dual SIM Phone with both the slots supporting 4G. This phone is also VOLTE enabled. Please note it has a hybrid SIM tray which means you cannot use both the SIMs and micoSD altogether. The hybrid SIM Tray is located on the left side of the device. Xiaomi Mi 4S doesn’t support FM and NFC, but it supports IR blaster. The fingerprint sensor is located at the back of the device.

Xiaomi Redmi Note 4 has an excellent build quality and a fast fingerprint scanner. The MediaTek processor gives a fast performance, and the camera is also good which gives sharp pictures. It is a great affordable phone, and it is difficult to find a phone which will give it a competition.