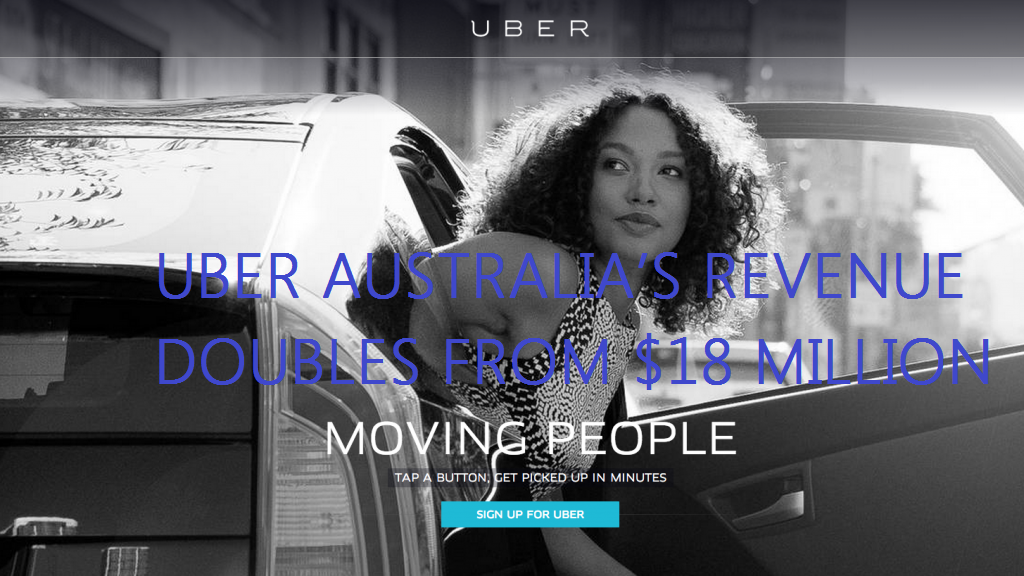 Uber has seen a great success in Australia. On account of this, Uber Australia’s revenue has doubled to $36million in 2016. In the last financial year the revenue of the company is $18 million. The company said that, it only counts 75% of each transaction the other 25% is linked to the Netherlands, which is the low tax jurisdiction country. The entity will then pay a fee to Uber Australia for providing the service support in Australia.
The accounts of Uber show that, how much the company has repaid from its parent company for its support and marketing costs. From this the profit of Uber Australia has increased to $1.8 million from $474,000 a year. The biggest expense was spent on the administration costs, the total cost spent on this were, $17.5 million, out of which, $12.6 million was spent on the professional fees. This cost includes the safety and compliance cost, the vehicle inspections and background checks are included in this.
In Australia, Uber is involved in a legal war for its tax status in the country and this battle is costly too. The company has also requested the state governments to legally approve the operation of the raid sharing services in the country of Australia. The tech companies like Uber are requesting the countries around the world to allow the low-tax or no-tax jurisdictions.
The companies like Apple, Google, Airbnb, Uber and some other companies were interrogated during the Senate inquiry for corporate tax avoidance.
The state government has recently taken initiatives to legalize the ride-sharing operations in the country, so, Uber got benefited from these acts of the state government. Most recently the Andrews government showed green signal for this issue. Within next two years the legislation will be introduced in the state.
In Australia, Uber competes with the GoCatch, a James Parker backed taxi app. The ride sharing app, GoCatch, launched its services in Melbourne, Sydney and Brisbane in 2016.
Uber was valued more than $80 billion in 2016, the valuation of the company has increased due to the $4.5 billion funding from Sovereign wealth fund in Saudi Arabia.
Uber Australia has been a part of the Uber international Holding BV, which is a Netherlands based one. The company runs its Australian operations to provide services to its parent company, which is in the Netherlands. The company’s key business in Australia is, market research and product and service marketing. It includes support and promote activities.
Uber launched its branch in Australia in October 2012. Getting an Uber ride in Australia is just similar to other cities. People can get the uber ride from any one of its drivers. To become an Uber driver it is simple and beneficial for the average people, because Uber drivers need not pay for the expensive taxi licenses and the cost of the uber ride is cheaper than taxis.
For the taxi drivers, the advantage is. They get additional jobs and they have to wait at the rank. When Uber entered into the market, the taxi industry experienced the difficulty. Taxi drivers protested against the Uber services in many parts of the world. Many critics rose against the security concerns of Uber. They questioned that, how anyone can transport a person or a group of people in any car as they wish.
Similar critics rose in the US and Europe and due to this there was 85% increase in sign-ups and the revenue of the company started to increase. With this, the company has decided to experiment their services in the Australia and to see how the Australians are reacting to their services.

The Uber Technologies Inc. application runs on an Apple Inc. iPhone during an Uber ride in Washington, D.C., U.S., on Wednesday, April 8, 2015. Last month, Uber accounted for 47 percent of all rides expensed by employees whose companies use Certify, the second-largest provider of travel and expense management software in North America. In March 2014, Uber accounted for only 15 percent, according to a study by Certify released on April 7

Uber started to have a good beginning in Australia. Within a year after launch, the company had good progress. In Australia, the survey was conducted. They started to check, how people started to spend on Uber services and traditional taxis. Within two years after the launch of Uber, there was a huge reach among the people and the company had a spectacular growth in the country.
First, UberBlack was launched in Australia. The fleet of black cars was performing the Uber ride-hailing services. This saturated around 3% of the market pie. In June 2013, Uber launched the UberTaxi service. This service allowed the taxis to become the Uber cars. It added a 2% further soaked up. So there is a total of 5% share of the electronic payments market.
Uber ten launched UberX in 2014, this service showed the month-on-month growth and it resulted in 22% of the electronic taxi payments.
Cabfare, the payment provider said that, 60% of the payments are through the cash in the taxi industry and the remaining payments are through the electronic payment method.
So, Uber roughly Uber spent $1 for every $12 spent by the taxis.
Uber has an advantage over the pricing system. Over the years, the taxi industry has increased the fares in some places and maintained the same price in some places; But, Uber has decreased the fares year by year and it also reduces the overtime. There was a drop in the business during 2014, during the same time Uber introduced UberX in Australia, it continued to have success and UberX got more popular.
As, Uber became more popular, people started to use Uber even for the shorter trips.
The average taxi ride costs $30, but the Australian Taxi Industry Association permit $22.76 per ride. The reason for this discrepancy is that, the ATIA’s rules include the cash transactions, but they are smaller than the amount, which is paid through the card transactions.

SThere was a drop in the business during 2014, during the same time Uber introduced UberX in Australia, it continued to have success and UberX got more popular.

In December 2014, Uber was blamed for its surge pricing. This surge pricing was followed by Uber to give incentives for the drivers and also to increase the supply during the peak periods. There was a 0.2% less and this led to the small rise in the cost of the ride. This rise happened in the case of Uber as well as the taxis. At the end of the day, Users were not affected by the surge pricing.

It is known that, the similar trends and methods will not continue after some months or years; new trends will be updated in each industry.
From the user’s point of view, they want, clear pricing, convenience, clean, superior cars and cheaper pricing.
When Uber was first introduced in San Francisco, the average taxi prices have fell down by 65%. At that time catching an Uber was more frequently than catching a taxi. Uber has introduced a mapping concept in its ride-hailing services.
This mapping concept will take Uber to the next level. Behind every successful Uber ride there is a technology at the back of it. This maps concept is featured with the mobile maps and GPS. This concept will allow the user to match with the closest driver and it will navigate the driver through the fastest route, which has less traffic and short distance.
The next improvements on maps are that, they are trying to tailor the maps with the user experiences. Uber introduces new innovations frequently. It attempts to bring the new concepts, which can profit the users and also the company. The technology will take the company to the next level. And the company will continue to have success of its concepts and technologies.
Uber Australia Revenue
Share. Facebook Twitter LinkedIn
Previous ArticleThe Power of Technology for Security Purpose in Today’s Time
Next Article Monetization: Social Media Joins Hand With E-Commerce