Native Vs Hybrid Apps: Which is Best for business in 2023? 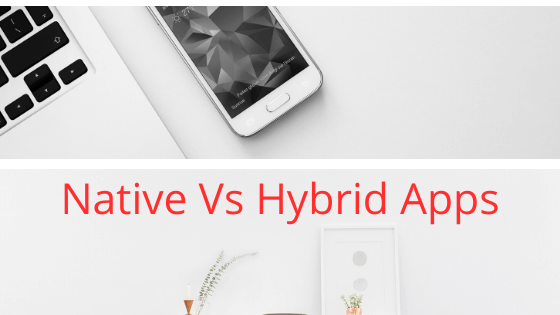 Mobile apps have become an important platform for determining the growth and success of today’s businesses across industries. There are various techniques or processes through which you can create apps that can meet the desired aims and objectives with utmost ease and efficiency. With mobile apps, you can strengthen your business visibility, attract and engage customers, boost productivity, reduce expenses and can make your existing customers loyal and satisfied.

In today’s tough competition companies are looking for new and innovative ways to scale their business along with maximizing revenue and ensuring customer satisfaction. With mobile apps, you can actually asses the customers’ tastes and preferences even by sitting in far of places. Advancements in technologies have made mobile applications immersive and interactive to engage users for long.

Comparison between Native and Hybrid

Talking about the difference between the two the first thing that you need to know is that the development context totally depends on the pick or choice of the developers. It has been seen that compared to the Native apps, the Hybrid apps are more advantageous as they are compatible with both iOS and Android. On the other hand, with respect to performance and user experience, Native apps are way ahead. Both business enterprises and app developers have been found to choose Hybrid models over Native because of the less time required and compatibility with more than one platform.

Few reasons for this switchover are as follows:

Efficiency: Hybrid apps enable companies to save 75 to 80 percent of their porting and support costs, unlike Native.

Speed: With the Hybrid technique, you can develop apps for multiple platforms much faster from a single codebase.

Omnichannel: Hybrid apps can be used as mobile apps from a mobile browser and also as progressive web apps with web browsers.

Mobile apps that are created specifically to suit mobile operating systems like iOS and Android are called Native apps. Such apps are developed using various programming languages like Objective C or Swift for iOS, Java for Android. As Native apps are created with full focus on a particular operating system, the user experience is more prominent here.

The Native app developers can access the in-built device capabilities such as calendar, location, GPS, Camera and few other functionalities which are not . The high-security features and the amazing user experience with respect to the specific platform make Native apps quite demanding and popular across the globe.

You can opt for Native because of the following reasons

Rich native library: With the use of native SDKs, the developers can access the latest features without involving native plugins. This becomes vital when as developers you wish to create unique contextual UX such as touch ID for Android and facial recognition for iOS.

Performance: The main advantage of using the Native app is that its code is pretty faster compared to Javascript and HTML. Developers prefer this especially when they work to make graphical applications for animation and games.

Enhanced look and feel: Native apps are highly trendy in their look and feel which attract and engage users for repeated usage. The icons and buttons are quite impressive for the users and as a result, they can interact in their desired way to meet the desired aims and objectives.

No third party dependency: As the developers use native toolset, they do not have to depend on any third-party resources to access features such as location, camera, etc.

Safety and security: Native apps whether they are built for iOS or Android, can be accessed seamlessly only through the stores. For Android, there is a Google Play store and for iOS, there is an App Store. Before submitting the apps on their respective stores, they are repeatedly tested and verified by experts which adds a certificate of assurance and reliability.

Native app advantages at a glance

• Smooth and responsive for the users
• Created using specific language like Swift or Objective-C for iOS and Java for Android
• Separate codes for individual platform
• Hardware like CPU, GPSM display can be accessed directly for quick implementation
• Examples: Gmail, Paypal

Hybrid app development is a process through which you can create applications for more than one platform using a single code base. Having said that you may have to do minor tweaking in your codes so that the end result becomes apt. Powerful Hybrid apps can be developed using languages like Javascript, HTML, CSS, etc. You can run Hybrid apps in a fullscreen browser.

Using the web view you can also run a web app inside a native app that is not visible to the users. The native wrapper can communicate with the web view and the native device platform and as a result native features of specific mobile like touch ID or the camera can be accessed. Here the core code is not attached to the device. This implies that hybrid apps can be used on any platform or devices but still they will not be deprived of their native look and feel.

Why should you choose Hybrid apps

Run anywhere write once: Iconic is an important hybrid framework that can enable your app to run on any platform from a single codebase. It also offers a platform community so that the created apps can fit according to the varying screen sizes, resolutions, aspect ratios, etc. Being web-based technology, Hybrid apps can also be used Progressive Web Apps which can engage a large number of users with a unique experience. Having a single codebase makes it all the more desirable for the developers as lots of time and effort can be minimized.

The development cycle is fast: As hybrid apps are developed with open source technologies like CSS, Javascript, and HTML, the use of specialized languages is not needed here. This makes it easy for the developers as normal skills sets for web app development is enough for creating Hybrid apps. As a single codebase is used, the development process gets cost-effective and faster.

Efficient scaling: Hybrid apps are scalable as they are cross-platform in nature. This means that with or without changes in the coding aspects, mindblowing applications can be developed to meet the varying tastes and preferences.

Hybrid app advantages at a glance

• Hybrid apps can be run on any platform and across devices by coding once.

• Hybrid app development is less complex as the use of specialized languages is not involved.

• Can be developed uniformly for all platforms

Awareness: With apps, you can expose your brands vividly and communicate with the existing and prospective customers to establish a long term relation.

Perception: You can enhance the perception of your customers by personally identifying them using apps. In addition to this, with apps, you can also keep track of which products or services have actually made your customers stick to your brand.

Preference: Using apps you can be in constant touch with your customers and can create a feeling of oneness among them so that they love to choose you over others.

App development companies with expertise in Hybrid and Native techniques help various business houses with solutions that can save time along with making employees efficient in taking strategic decisions without much delay. Based on the prospects of Native and Hybrid apps discussed above you can choose any one of them considering the budget and development time.

Native apps require highly skilled developers as they are involved in creating apps using specialized languages and techniques suited for a specific platform. Although it requires significant time as coding has to be done keeping in mind the requirements of the platform but Native apps are superior when it comes to user perspectives and performance.

Hybrid apps compared to native are not specific to any platform. Such apps can be built by coding once and then those can be deployed across platforms and devices to serve multiple users at a time. Developing Hybrid apps consume less time as compared to the native. Due to the cross-platform nature of Hybrid apps they can be used from both web browsers and mobile browsers. That is why most of the companies are inclined towards availing Hybrid apps for gaining a competitive advantage.

Conclusion: As technologies have become inseparable in our modern-day lives, businesses have also started adopting it heavily to assess the tastes and preferences of their consumers. Mobile apps have already facilitated global business by streamlining various activities like attracting and retaining customers, strengthening brand value, interacting with customers, boosting revenue, cost curtailment, enhancing the core competencies of the employees and lots more.

Hybrid and native apps are popular forms of applications that are in use today. While the former is a cross-platform technique the latter one is applicable for definite platforms. Both have their own advantages and can be used by different companies according to their business nature and scope.