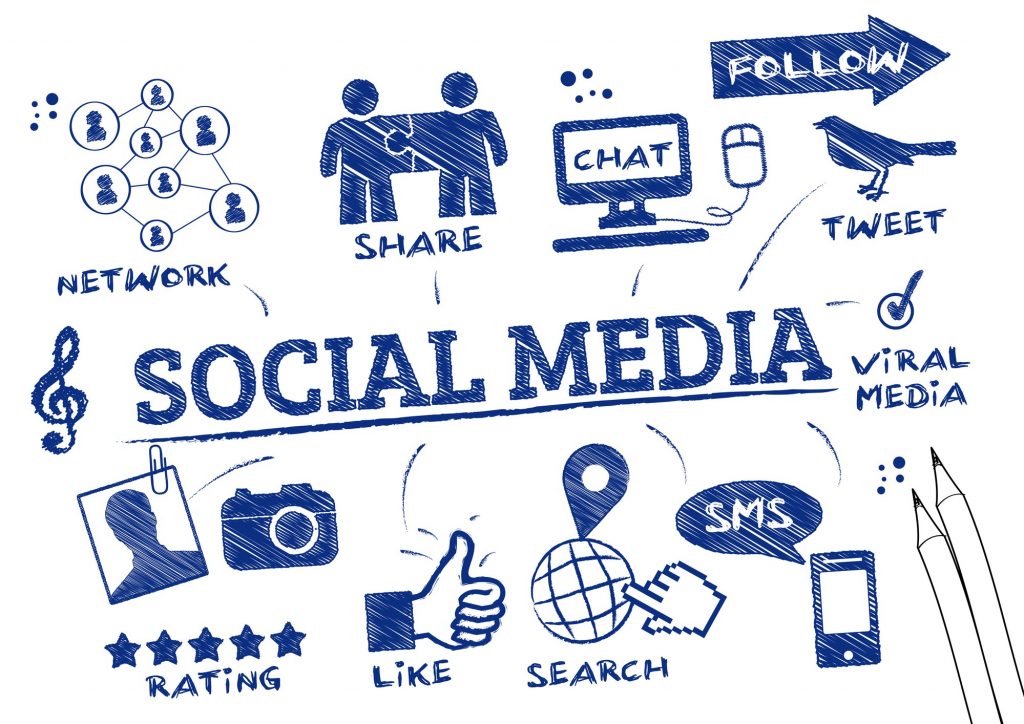 Time management is a crucial part of being a good student. Unfortunately, good time management is also very difficult to facilitate. There are lots of distractions out there that draw one’s attention away from their studies and their assignments. However, social media is one of the worst offenders, with a massive impact on a student’s ability to stay focused and manage their time properly.

Before we begin, it’s worth noting that social media isn’t a solely negative influence on students. Like any type of entertainment or recreation, it has some positive effects and only starts being harmful when practiced excessively. In fact, as this article will prove later, social media can even help students with their grades just as much as it can harm them.

How widespread is Social Media Use?

The first part of understanding why social media is such a huge impact on students is understanding exactly how popular it is. Naturally, any attempt to put a number to it only refers to sample sizes from research, but according to a study, about 90% of a nearly 40,000 student sample size regularly used social media. We can assume this ratio is a relatively accurate indicator of the country’s students as a whole.

In other words, social media is entwined with society to an extent where it reasonably does affect many aspects of an everyday student’s life.

How Much Time is used?

It’d be wrong to say that time spent on social media is a waste; after all, time spent doing what one wants is not a waste, especially if it helps them relax or connect with others. However, with only twenty-four hours in a day, time needs to be balanced between things we want to do and need to do, such as academic pursuits. That being said, spending more than an hour of one’s free time on social media soon affects how much time they have for studying.

Assuming one is sleeping regularly (let’s say eight hours minimum), that only leaves a person with sixteen hours in a day. And if you’re spending roughly a fourth of that day browsing Facebook or Twitter, chances are you are well and truly cutting into time that could be spent studying or completing assignments. There’s no denying that social media is negatively impacting a student’s time management if they spend much of their time on it.

Granted, if one needs to write an essay and they are instead on social media, their time is being misused and when the deadline is coming they have to look for a fee-based writing service whose professional academic writers will prepare a customized paper online. But the notion that social media has no educational benefits or any benefits at all, is entirely misguided. It’s worth noting that most major social media platforms have groups for nearly any field of study in which a student can stay up to date on news relating to their field. It’s also a great way for them to network with other individuals studying the same thing or experienced peers who can advise them. If the four hours someone is spending on social media is used to advance their knowledge of the subject matter, it wouldn’t really be a grievous misuse of time.

Of course, it would be ridiculously naïve to assume that students are primarily using social media to learn. Even if they do, it would probably be a minor fraction of the total time they spend there. But the point still stands; there are valuable things to be done on social media, some of which are even academic. For this reason, it’s far better for educators to try and use social media to their advantage rather than shut it down entirely. There’s no way to stop students from using social media. That being the case, it’s better to just give them something valuable to do on it.

Is Social Media Itself the Problem?

There’s no denying that social media is an avenue through which students can waste a lot of time. But is it in and of itself the reason students have poor time management? The answer is no. Social media is simply a way in which people can waste time, not in and of itself the source of time wasting. Students with poor time management skills will find ways to misuse their time regardless. If social media didn’t exist, the culprit would simply shift to television, games, recreational reading, sports, or even hanging out with one’s friends in person instead of online.