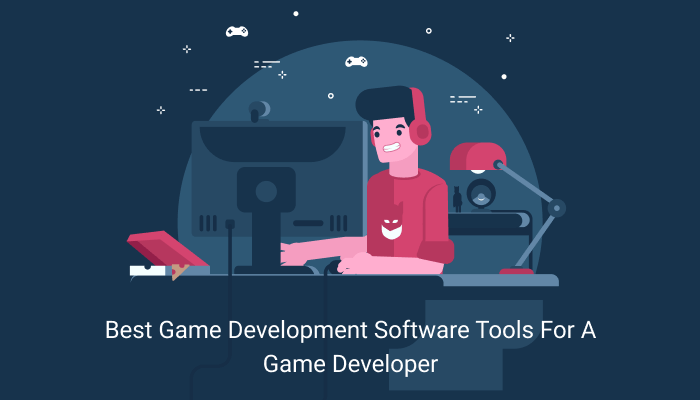 Game development is said to be the most challenging business domain of the IT industry. Not because it is different, but because game development requires an extraordinary level of programming.

Previously, someone having an onscreen vision of a gameplay idea could not do much as there wasn’t a strong knowledge base and technical background on the game development.

But today, we have game development software and tools which can be used by IT companies and freelance developers to make good games and earn a good living.

The current generation likes to play games and seek the game development era as a better career option in the IT industries because here, learning is fun with high salary packages.

What Is A Right Game Development Model?

If you are attempting to deliver your game concept to life, then reading this text is necessary for you to get success in this area. Getting core recreation mechanics is vital when you aim high to make a multi-million dollar creation.

First, write down the entire gaming scripts, episodes, and attempt wiring up all the screens of your game that you imagined. Yes, it is a widespread mission in any game building process, but the planning starts from here itself!

Moreover, if you are wondering if you can make your first game a magnum opus, then you should establish a few milestones for yourself. Game development is an outstanding creative process that desires foundations technically.

Molding your game into something that people can experience and feel it via their senses is a difficult task. Every user wants to play games with new additional capabilities. That means you will have to keep adding new things in the games or be ready to lose your users (gamers)!

However, I think getting that stage along with your first game is tough but no longer impossible.

However, my notion to you with your first game development learning mission is to make a 2D game wrapped in a new story line ups and concepts, and quests with better designs, structures.

Modern game development software tools or frameworks can meet up to such wishes and help you set up your feet. Thus, the second step is selecting the right building software that offers you technical expertise.

With every software program comes to its limitations and advantages; hence, we have prepared a listing of gaming software that works with each operating system and devices currently running in the world.

In the current gaming industry, there are more than 2.7 billion gamers worldwide, and the global gaming market will increase to $160 billion by the end of 2020, where the mobile game industry will reach $75billion.

As the market will expand, the need for game developers will increase. You have a Good Career Opportunity in the future!

Without inflicting any further headaches, let’s talk about all game development software tools that will help you to create your games swiftly.

Construct 3 is a drag and drop game creating tool. Being a GUI (Graphic User Interface) tool, it implements recreation design variables and logics that increase the usage of the capabilities of the app.

In this tool, there are loads of tutorials that make you recognize the game development process. As a game development tool, it speeds up your work and creates the right video games with pleasant arts, music, and animations.

After using the Construct, you can post your developed game anywhere on one-of-a-kind structures and formats. You need not do anything to exchange in the game while exporting to HTML5, Mac, Windows, Android, iOS, Linux, Microsoft Store, and more.

Though the free versions have limited capabilities, the licensed version is around $100 in a commercial enterprise plan with extremely powerful game creation features, support documents, and capabilities.

In the listing of top game development software equipment, Unreal Engine 4 is the most professional one. With cutting edge features and using principles, the new release in-game development becomes easy.

Also, this game building engine makes use of technologies and systems like synthetic intelligence, pre & post-processing effects, and many more.

There is no such need to create codes, however, to advance the game from one platform to another, you need your video games to display new, up to date and state-of-the-art programs.

If you have to choose between both tools, then it will be a tough task as they both have the same features and capabilities of development. I would suggest you use both for making two different games!

It presents you with both a drag-drop and a coding facility. You can create logics concepts of the game and create your gaming interface with coding.

In contrast, to Construct 3, it’s miles more flexible and makes use of C & C++ scripting language, but sometimes lacks in providing features and functionalities.

This game development learning software started in 1999 and still is a strong competitor as a game development engine. To run your recreation at different structures, you need to alter codes separately.

With integrated and advanced functions like in-app purchases, real-time analytics of gamers, graphics, animations, and many more, it helps third-party tools to extend the game development features properly.

It is a free version with limited features, which upon usage, gives fewer benefits in constructing games. However, the top-rated plans are fascinating and unlock new unexplored gaming features.

Though Unity began as a 3D virtual game development engine, it introduced 2D game development services in 2013. Everything in the game is an object, and attaching additives to each item, Unity makes each object into a feature.

The user document is vast in the knowledge! To make its full use, you must know programming in C#. Also, the intensity of videos within the documentation helps you learn more effectively and recognize everything needed in a game development project.

If you create the game once, then post it anywhere at any app store or game development website. For this, you can export the code to Linux, Mac, Windows, iOS, Android, HTML5, Nintendo Switch, and more.

Between $25 to $125, you get all the plans (personal, commercial, and enterprise) of the Unity 3D & 2D game development model.

GDevelop, Indie Game Maker, GameMaker Studio, and GameSalad are some of the more honorable mentions in the game development software list which you can use, learn, and create the best games in business!

For your first good game development project, you should begin investing with low finances. To help you out with this, we have made this list.

These are the available cost-effective options in the game development market that quickly sets you in a rhythm of work with primarily drag and drop features and coding skills.

However, when you have coding to enjoy, then you can completely utilize the drag and drop function of all tools to the fullest and make yourself an expert developer in the gaming industry.

We’ll look ahead to hearing your queries, comments, and feedback on the gaming business and tools used to make games!