Everything You Need To Know About PCB Vias 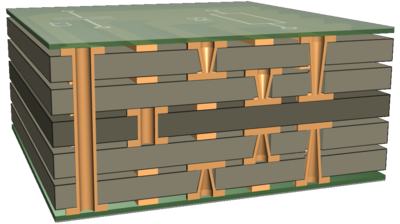 In PCB design, a via is very important in making sure that the vertical and layer-to-layer connections are created. Printed circuit boards appear in many different types of electronics these days and if you are interested in what goes on inside of these then you should keep reading. Here, we are going to tell you everything you need to know about PCB vias.

There Are Three Different Types

When it comes to defining the via in a PCB design, you need to make sure that you are choosing the right type. Plating through-hole vias are very common because they are usually less expensive. They tend to only require a plated through-hole and so can be easier to develop.

If you have never heard of via tenting before then you should know that this procedure is how a tented vias with a non-conductive solder mask is created. When a tented via is used, there is no need to fill the PCB vias. When using a tented via, it is recommended that there is a small space in the centre of the tent that will allow it to breathe. This will avoid any sort of reaction when the PCB gets heated up.

Another important thing that you should know about vias in PCBs is that via plugging is done by filling the via with a solder mask. When this happens, the copper is protected and so there is no need for further surface protection. This is why many PCB designers opt for via plugging on their design.

Finally, you should know that via filling is often needed when it comes to using a through-hole PCB. This process involves adding some copper inside of the PCB in a thin layer while attempting to avoid adding a thick layer on the outside. If this is not done properly then there could be a build up of copper.

Now that you know everything that you need to know about vias in PCBs, you can understand how these important pieces of technology work. With a via, a PCB might not operate properly, and this can cause serious problems for the tech product as a whole. Make sure if you are working with vias that you understand the different types and how they should be filled, tented or plugged.

How to Fix Logitech Mic Not Working on Discord?