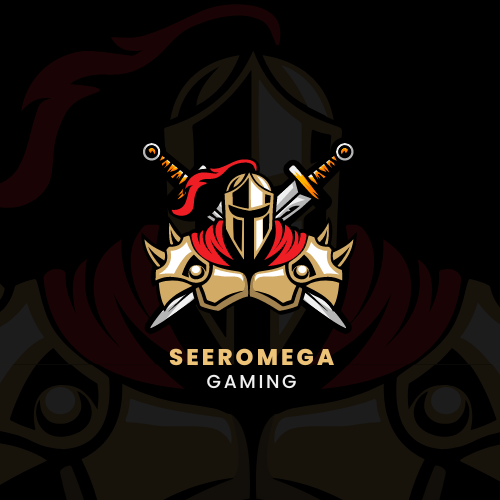 Video games are constantly a trending topic in the technology market. Whether it’s our all-time favorite Mario, FIFA, or GTA, all these games are getting modernized with the latest tech trends.

And now, implementing Artificial Intelligence is becoming a fashion in the game industry.

Over the decade, there have been very few games that come with AI-based elements. However, after analyzing their growth and engagement with users, every company started implementing it. From here, a question gets raised, what is the purpose and significance of AI.

So, let’s move further to determine the importance of Artificial Intelligence in video games.

The Primary Purpose of Artificial Intelligence in the Game Industry

Let’s find out its purposes through the following points:

Exploring the Importance of Artificial Intelligence in Games

While playing video games, players have to deal with various non-playing characters to move forward. However, most NPCs showcase the same behavior whenever the user encounters them.

As a result, gaming companies have seen a downfall in user satisfaction and engagement, as it makes games predictable and less appealing.

Here comes the AI, which aids the developers in enhancing gameplay for all end-users. AI modules help to add intelligence to NPCs, making their next move incalculable. It makes video games more interesting, as players will be introduced to something new as they move further.

It will build up their interest, directly improving the engagement and satisfaction rate.

Graphics are a crucial part and a fundamental pillar of the video game. You can’t think of a top-grossing game app with low graphics and a vast user base.

Before AI, developers and designers put extra effort into designing high-end graphics and implementing them without degrading performance. However, with Artificial Intelligence, their actions are reduced, as AI automatically optimizes the pixels during gameplay.

It considers each pixel, enhances its clarity, and displays it to the end-user.

In addition, if the game’s scenery or background is real-world-based, AI generates graphics aligned with it.

Providing a smooth and seamless experience to every player is the primary priority of every game development company.

Although, there are metrics such as bandwidth, connection, graphic card capability, and many more that contribute to overall performance. Degradation in any of these can severely affect the overall experience.

But, using the AI potential, you can automate the performance maintenance operations.

Artificial Intelligence will analyze all the metrics, and if it finds anything below the defined value, it will adjust that component automatically. As a result, the user will have an impeccable experience throughout the gaming time.

Most of the games offer the players to select the difficulty level. However, users find them not up to the mark, reducing the satisfaction metric.

This procedure is known as balancing out the game difficulty.

Various Single-player games use such AI models to maintain engagement and provide an enjoyable game task series. AI promises an accurate complexity level by assessing overall user playability. Once it gets the relevant data, it modifies game navigation, storyline, scenes, and platforming.

It can cost a lot of time if you want to develop a game application with a vast map, different environments, or no size restriction.

Nevertheless, you can craft it within business constraints by configuring the AI-based Procedural Content Generation. This AI module evaluates the current game and difficulty level with user gaming strategy to produce game assets.

The player gets provided custom sound effects, path obstacles, characters, and assets to cherish the gaming experience. In addition, the primary aim of implementing PCG is to assure replayability and varied content.

AI covers every edge of game development, from improving the user experience to optimizing the codebase.

During the game development, testing every component and platform compatibility is the most critical procedure. However, assuring no errors in a large codebase can be complex.

Manually, detecting each exception and bug can take a lot of time, delaying the game’s release.

To mitigate additional time requirements, developers started using AI-based testing mechanisms. It goes through every element, API, backend, and frontend technology and provides reports to the engineers. As a result, the testing process gets streamlined.

Moreover, adding bugs and loopholes in patching code in your AI module will automatically update the faulty code structure.

Pathfinding is exploring the open universe to view different scenes, tasks, and quests.

For instance, while playing Grand Theft Auto, many players roam around to explore the game city, different roads, and buildings. Developing character navigation is one of the most complex tasks, as engineers have to consider the below-listed aspects:

AI makes such development effortless by utilizing the advanced decision trees and adapting to user gameplay. Hence, the user becomes free to navigate the game map without impacting current progress.

You must have seen game characters struggling to differentiate between objects.

For instance, in the previous version of GTA games, sometimes character gets confused between the cars and car posters. Moreover, it leads to lagging the game or even crashes it.

With the aid of AI, all the game characters become intelligent, and their object recognition power gets more robust.

Artificial Intelligence is a modern technology that uses complex algorithms to implement human intelligence through machines. In the gaming industry, its popularity is booming, and every organization utilizes it to improve user experience.

Once you start configuring AI components in your video games, it will reduce development effort, project budget, and game lagging.

Jemin Desai is a Technical Product Manager and tech-savvy at Positiwise Software Pvt Ltd. He has more than 20 years of experience for implementing the latest technologies in designing top-notch products for multiple clients. He can do all with perfection, from market research to feasibility analysis and aligning the project with accurate methodology. By turning his writing hobby into a passion, he’s been providing scholarly articles to various audiences.