5 Tips for Beginners in Escape from Tarkov 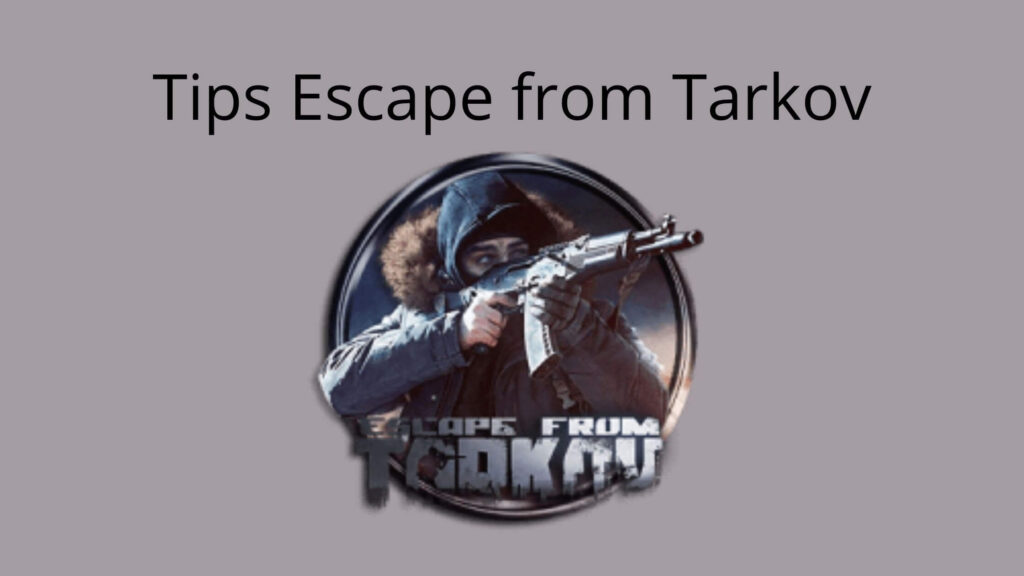 Escape from Tarkov is challenging but there are ways to get better and also win the game. While many may tell you that playing the game over and over again can increase your chances of success, but this may not be completely true. You get to understand the game better when you play it several times but knowing some of these Tarkov cheats lets you strategize your games and learn to play like a pro. There is no denying the fact that Escape from Tarkov is challenging to play especially for a newbie but knowing the basics of the game and applying these tricks helps make any newbie confident about taking on the rivals.

Tips for Beginners in Escape from Tarkov

Get comfortable with the controls

Escape from Tarkov is not a basic shooter game. The players need to know how to use the hotkeys along with the WSAD control scheme. You need to build on your special perception which is especially useful when shooting. You need to make sure to catch on the ammo amount that is displayed on the screen and click the ammo inside the weapons which may be responsible to cause a life and death situation if in case you end up fiddling with the controls. It is also important to understand how the crouch works.

Before the raid, the players will be allowed to choose the loadout. The storage container must be used well. The items that are kept in the storage container do not disappear nor do they get stolen even after the death of the player. For the first few raids it is important to be ready with the full magazine and pistol. Place the magazine inside the vest or in the pant pocket which can be reloaded fast. With the armor, anything that you have with you in the early parts of the game will suffice. The flea markets are great to get hold of the gears at a bargain. Make sure that you have an adequate supply of bandages and medkits.

Play in the offline mode

The offline mode lets new players try out the new weapons and learn ways to aim at the Scavs. Everything goes unrecorded when you play offline. You are free to shoot innumerable times without losing anything when you reach the main menu. It is also fine to die when playing offline because you will be alive when you go back to playing live. The offline mode is also a great place to equip yourself well with the Escape from the Tarkov map.

Playing as a SCAV

Wish to save money when you are just starting then play as a SCAV. SCAVs have a cooldown timer which means that you cannot play as them continuously. However, when you play as a SCAV in the beginning then it does give you some benefits. There is no risk of losing the gear and this is also the best way to play especially for a novice player who is afraid of losing his loot. When you play as a SCAV then the other AI SCAVS roaming around cannot attack you.

The correct way of looting

A very important part of the game, Escape from Tarkov is to collect any useful loot in the raid. Other players and the local SCAVs make it difficult for you to accomplish this target. They start attacking you when you approach the loot. You should never underestimate the strength of your enemies, and even the SCAVS have the potential to kill you.

The best way to escape an attack when collecting the loot is to walk in the open space. This is after you ensure that your enemies are not located close by. Also, take cover when you run around on the map. Pick up everything that you can lay your hands on the map. You may have limitations keeping them in your backpack. Go ahead and snatch a backpack from your enemy and then carry the loot. Are you leaving out the lemonade and chocolates? They may be useful later to trade for the loots.

Playing Escape from Tarkov with friends can let you get the best out of your gaming sessions when you know that there is a squad that is backing you. Communication is the key to perform well. The above tactics let you loot and make it easy for to exit from the map. New players can use these cheats to hone their skills and work their way up to becoming expert Escapes from Tarkov players.

With no tutorials readily available to handhold the newbies to play the game, Escape from Tarkov can seem to be daunting. Figuring out the weapons, inventory management, and armors is not easy. This handy guide is thus what you need to play smoothly. With discipline and practice, one can even be successful in the game.