8 Ways to Play your Android Games on your PC 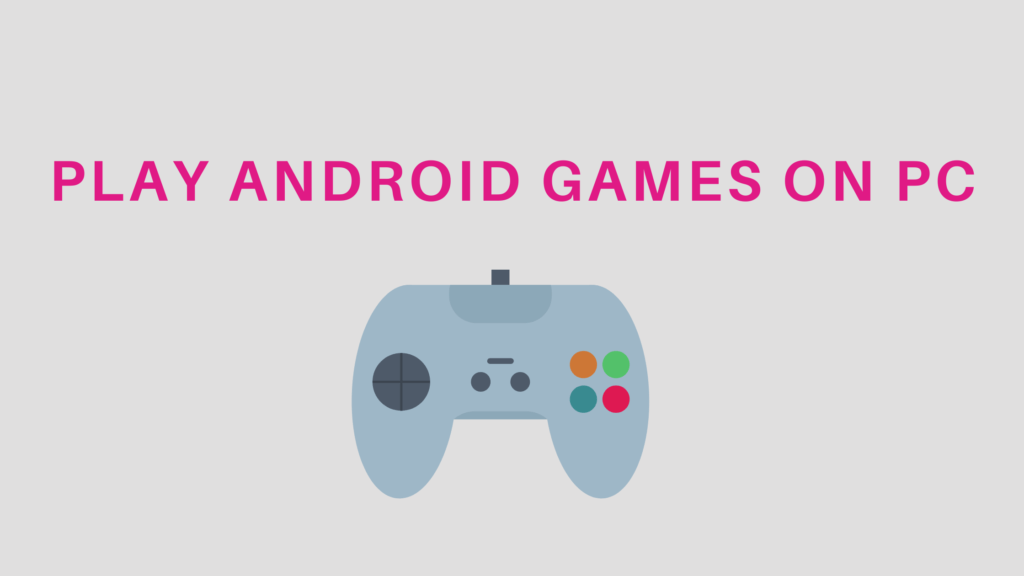 If you’re an Android developer, you’ll know that it’s hard to test apps on your test device. You’ll have to install and uninstall programs, test these apps on the device, and use the device extensively. It can do hard damage, especially if you’re always installing and uninstalling apps.

Such was the life of Android developers who may or may not have contributed to these solutions that we’re suggesting. Android games and apps are now possible to test on PC, thanks to Android emulators that have gone out on the market today. What’s better is that these Android emulators can be used on a decent PC – even entry-level computers, by today’s standards, can run these emulators, with games that can be downloaded from PC game hubs.

Read the following article to find out how you can run android apps and games on your PC. Most of these Android emulators are compatible with OS from Windows 7, 8 to 10, and they are not that heavy to run. With that being said,

let’s start off with…

How to Play Android Games on PC

• Installing BlueStacks on your PC 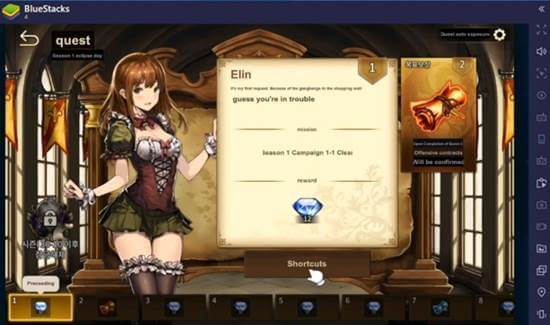 Most lists have it from 1 to 5, while a lot would place it in the top position, including this article. It is an Android emulator that runs on the Windows OS, running in a separate window when you activate it.

The environment of BlueStacks is actually very effective in providing the experience of an actual Android emulator.

You can run games on it just fine. If you want to experiment simulating a rooted phone, the emulator can also do that too. If you have an APK that you downloaded from somewhere that you wanted to test, BlueStacks can also do that for you.

To put it simply, BlueStacks lets you work on your APK files anywhere you like – at your work PC or at a laptop you bring home. 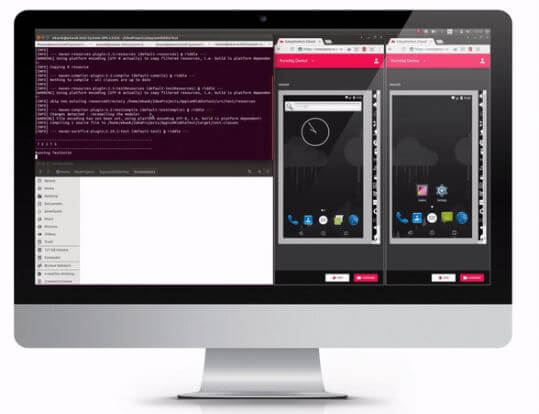 Genymotion always finds itself one or two places away from BlueStacks. Considerably one of the better emulators around, Genymotion makes it easy to install APKs because of its drag-and-drop interface. It is also one of those emulators which responds with fast processing of Android tasks. It is because of its speed that the emulator can accept drag-and-drop installation.

Facebook, Microsoft, and Evernote rates it among their top emulators to use when testing their apps. Whether it’s for recreational use – installing apps so that you can try them out (read: GAMES) – or if it’s for working, Genymotion works best because of its high performance. 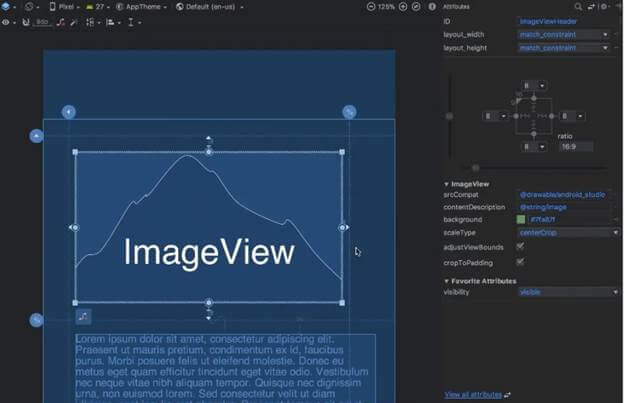 This emulator finds its way to the list because it is one of the top emulators endorsed by the very company behind Android itself, Google. Rather, it is the developers in Google that runs this Android emulator. It is not suitable for commercial consumption, however, because it is somewhat slower than most emulators available out there. It is also a little difficult to configure, but people who are looking for a specific task to fulfill – like developers, for example – won’t find trouble using it.

It isn’t only Android’s developers that are using Studio. Since it also has a multitude of options, other Android developers have taken to using the emulator to complete their own app-related tasks. Google has a downloadable version, for those who want it, and it enables you to create an Android Virtual Device on your machine. 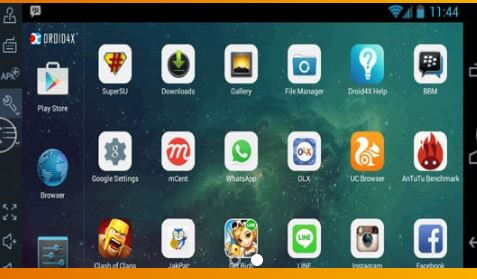 It’s one of the newer emulators around, but new doesn’t mean bad – on the contrary, it is one of the most powerful processors on this list in this list in terms of processing power. An impressive list of Android games – 99% of them – are compatible with the 4X. From its appearance, it is geared towards gamers and may be less a testing program than it is a gaming program.

PC game hubs won’t be needed as much as the emulator is pre-rooted and has its own Play Store installation. Perhaps one of the best features of it caters to gamers; you can use your keyboard as a controller, making a lot of games that much easier. You may try to run apps here to test them, but it is gearedmore towards an Android game developer than an app creator. 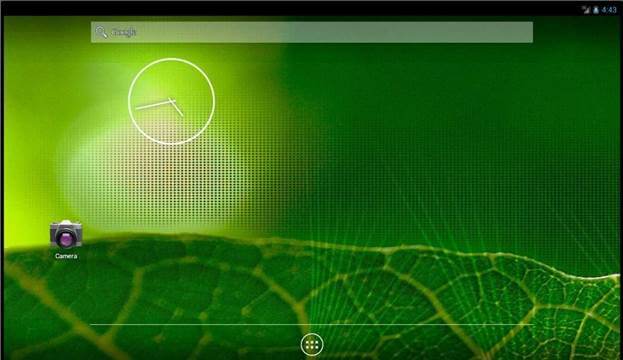 Most Android emulators are install-only programs, but Manymo begs to differ. The emulator is browser-based, meaning that it doesn’t require any installation on your machine of other configuration. You simply go to a link, upload, your APK, and get to testing.

This is especially helpful to developers who don’t have their own machines, or those who are currently working from home. You can open the Manymo browser emulator on any machine, and simply upload the APK you’re working on. Before you know it, you’re working on your app without much fuss. Another nifty thing to know about the emulator is that it can run any Android app or game, using any browser that can run it.

Andyroid is another emulator that’s directed more toward gamers, but app developers can also use it to test their creations. Andyroid works with games that you can download from any browser available on your machine and directly opens it with no other program needed. Most gamers use Andryoid because games on Android are getting heavier to store on phones. Graphic-heavy games will also run smoother with the GPU of a PC.

If you have a phone with low storage, the trick is to download large-size games to Andyroid and play it on PC instead. You can still use your phone, this time acting like a controller so you won’t have a hard time using controls on your PC. 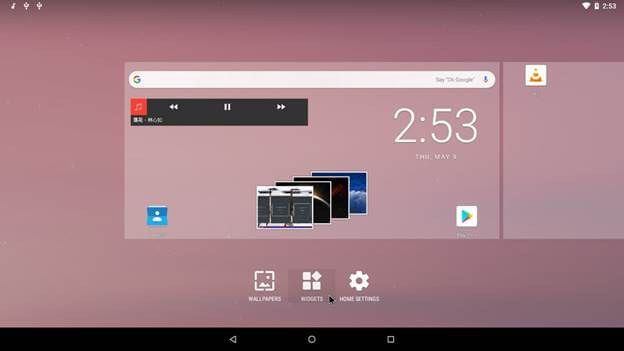 Android x86 is – as the name suggests – a port of the Android OS that can be run on PCs. This version can be installed just like you would the Windows or Linux OS on a computer running on the x-86 platform.

It is a community project, so it goes to show that there are a lot of devices that run on it. Devices like the Dell Inspiron Mini Duo and Samsung Q1U can run it, along with a lot of other laptops and machines that can handle multi-OS on it. Based on its capabilities, this version of the Android OS is geared towards developers – game devs and app creators will appreciate being able to switch between OS to work.

Android x86 can also be downloaded to work on other machines. Virtual machines like Virtual Box can also run it, letting developers work on apps without the need to install Android x86 directly on their machine.

• Tooling with ARC Welder on your PC

Android emulators running on browsers isn’t such a new concept. ARC Welder is yet another Android emulator for the PC. The good thing is, like some emulators, this program does not need to be installed on your machine. All you’ll need to test your work on your PC is to install a Chrome Browser (if you haven’t yet) on your PC and then install ARC Welder. You’ll have a fairly easy time finding it, mostly because Welder is an add-on by Google in Chrome – hence the need for a Chrome browser. It is only available for Chrome OS users and can run Android apps straight on your browser.

You need to unpack your APK files first and let the browser emulator do the magic. Welder turns the file into an extension which allows you to play Android apps on your Chrome browser. To find Welder, you simply need to download it from the Chrome Webstore. Options can be customized according to your preference, such as where to place your game folder to store installed games in.

This emulator is another instance of an Android OS running directly on your PC. Live is booted separately on your laptop or desktop computer. Afterward, you can enter it to download apps and play games, or test your APK creations to see if it works. Like many other OS that are separately installed, you can choose to run it using VMware or any virtual machine interface.

If gaming is your passion, then Windroy is your choice. This Android emulator is famous among gamers because it’s easy to use and it’s light to boot. Windroy is actually made of three products – Windroye, Windroy, and WindroyeMobile. Even Android game developers wouldn’t go wrong choosing Windroy as their testing ground for their app developments.

Windroye, meanwhile, is tailored more for gamers who are more concerned with the finished product than the development. Windroye is based on the visualization technique, meaning that it offers users crisp graphics and the best visuals the Android OS can offer. Windroye also doesn’t require much, only requiring Windows Kernel to run games fully.

Android gaming isn’t limited to hand-held mobile phones these days. You also don’t have to search for PC game hubs to download all these games, though it would be easier. Just fire up your PC, choose the best emulator to download from these choices, and your Android gaming experience is gold!

Hope you liked how to play android games on PC blog, Comment below.

Jonathan J Kingston is a video game enthusiast, gamer, and a veteran video game news writer for Games.lol. He spends his free time hunting for free game sites and testing their reliability.